Time does certainly has a value. For those who don’t believe it, just consider having a loss of $60,000 worth iPads in just a minute. Even if you can’t, Best Buy is certainly considering it so. Because, a minute cost them a fortune. 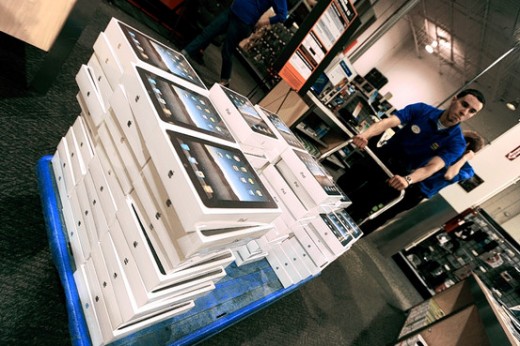 According to a report by Naples News

The store’s manager said an initial check showed a cage door pried open and 60 to 90 Apple iPads missing. The manager estimates the value to be about $60,000.00, according to reports.

The report includes that all the three men were dressed in black and wearing gloves, and it  took them only a minute to search and clear out with the iPads. Were they hoping to make a robbery record? Well, if they were, they would be surely disappointed as the Cult Of Mac reports

It’s fast, but still not the record for an iBreak in. Thieves in Ohio took just 30 seconds to empty an Apple retailer of 24 laptops and an iPad back in May.

Can you break this record?

Note: Please don’t take this seriously, or we are likely to hear a lawsuit from Best Buy or Apple knocking at our door!