From last two days rumors are spreading around the web that Apple might release 64GB iPhone 4 in next iPhone update. Though MIC has managed to get a real prototype of iPhone 4 64GB but it is yet to be confirmed whether 64GB space will be provided in next iPhone 4 upgrade or it will be an exclusive feature of iPhone 5.

The device shares many physical characteristics of the lost Gizmodo iPhone 4 prototype which was also labeled with “XXGB” Other similarities include no “+” or “-” signs on the volume buttons and no silver ring around the lens. 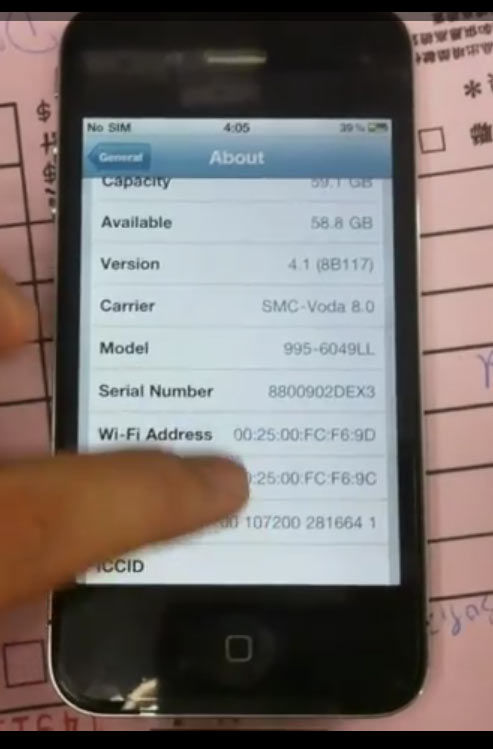 Apparently, this 64GB iPhone 4 is not for sale in grey markets of Hong Kong. The owner of this engineered prototype told us that he got it from a source who has a small quantity of these prototypes. They are definitely leaked from Foxconn’s factory in Shenzhen. What’s more, according to the owner, he believes that the next iPhone will bring 64GB storage capacity to users. Well, we think Apple is planning to update the iPhone 4 with small upgrades, at least featuring a new 64GB model.