Tomorrow is a big day as Apple is rolling out the first public version of iOS 10 for the supported devices. Or, it might be quite possible that it is already out and you just landed on this page to know how to prepare your iPhone for the latest firmware. 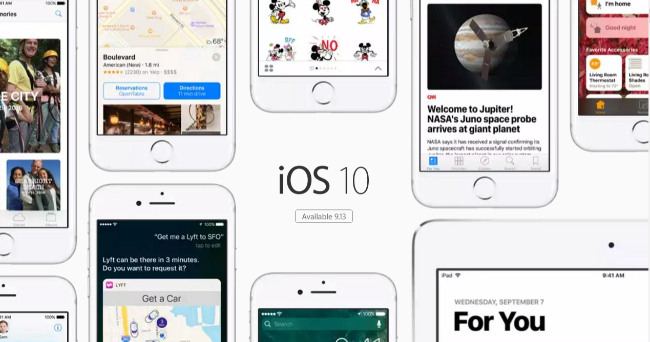 In either case, this post will help you understand what are the most important steps a user should take care of when upgrading his iDevice.

1. Check the compatibility of your device.

This is the most important step whenever you upgrade from an older iOS release to the newer version.

Except iPhone 4S, all iPhone models which can run on iOS 9 are included in the list of supported models.

If you own an iPad, you should definitely check your device’s compatibility, as Apple has dropped a number of iPad models from iOS 10 support. 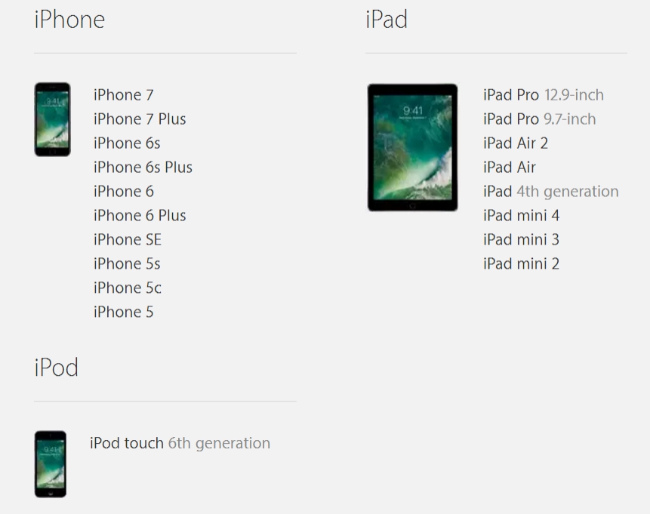 As far as iPod Touch is considered, only the latest iPod Touch 6th generation is capable of running on iOS 10.

2. Check the Compatibility of Apps

All the popular apps are usually updated even before the actual release. But if you are using any special app, it is better to check its compatibility before you install iOS 10.

Whether it is a game, a special app related to your work, education or creativity and you can’t live without it, either check the app store or get a confirmatory message from the developer before loading the new iOS firmware., especially in the cases where you are installing a big release.

3. Free up some memory

It is always better to have some free space, more than the required memory, on your device to minimize any post-update complications.

Though the built-in OTA calculates the available free space before downloading the update and tells you to take necessary actions if it finds space is not enough, but even then it is recommended to remove unwanted apps and transfer the media like pictures, videos, and songs to a separate storage.

The size of iOS 10 is around 2GB, but it may vary from device to device. The finally installed size be may a little less, but we should aim to have more than 2GB free space on our devices.

There are two opinions on this point.

Some experts say that we should not install the available updates of apps or games before we upgrade the device. They say that some updates may not be compatible with the currently installed iOS version, especially when the next big release is around the corner. In that case, you’ll have to reinstall them after the upgrade. So, it is better to install all the apps after restoring to the fresh firmware.

The others say we should go through this step before we begin the update process. According to their opinion, we could get rid of some unwanted apps and games which we don’t use and are taking the precious space on the device while performing this step. 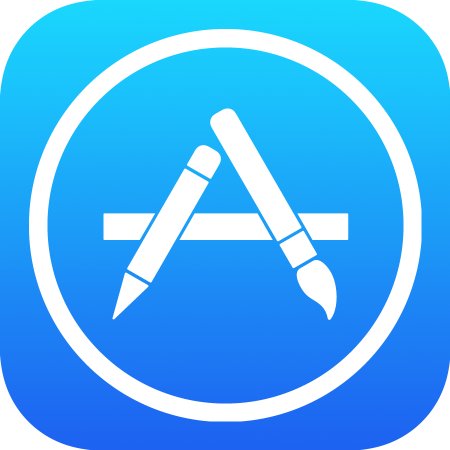 It is all up to you. If you don’t have enough space, go through the installed updates, update the essentials and delete the unnecessary.

If space is not your primary concern, you may get all the available updates first.

5. Do this if you want to set your device up as a new device.

There are a lot of people who don’t want to carry over all the dusty apps and old photos. They want to setup their devices as new as it is just unboxed. They can perform the following steps.

Make it sure you perform these steps before making a backup of your iPhone, otherwise, all the data will be transferred to the next version.

After following removing unwanted junk, now perform the backup. In this case, only contacts, messages and some necessary apps data will be transferred from  old iOS to the new iOS.

6. Back up your device which is the most important step.

This is the crucial step of any update / upgrade program.

On iOS, Apple offers two types of options for this purpose.

The iTunes method is safer and faster than the iCloud. You can backup your device with the iTunes even if the internet is not available or is not fast enough to upload all your data to the iCloud drive. Moreover, in this method, you are not worried about the available space. Everything is under your own control.

On the other hand, iCloud method is mostly automated. Only 5GB free space is provided to the free account holders. This space is often insufficient for a complete backup of the device.

if the same iCloud is attached to more than one devices, then you are definitely running out of space.

Backup using iTunes or after buying the upgraded plan of iCloud.

As you know Cydia apps and tweaks are not available without first jailbreaking your device. If you can’t live without such apps or tweaks, you shouldn’t upgrade right now.

Jailbreak for the new firmware is usually released a little late, sometimes a few months later than the first big iOS update.

If your iPhone is running great, you could always put off the update process. It is all up to you.

8. Installing iOS 10 on iPhone and iPad

If you have read all the steps mentioned above and finally ready for this big step, you could perform it in two ways. 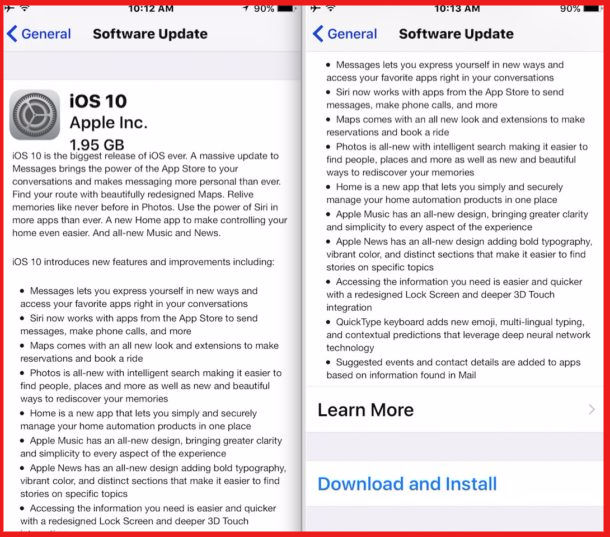 Sometimes notifications are stuck in the process and they don’t’ reach the device at the time.

In this case, you can check the availability by navigating to the “Settings > General > Software Update section.

Even after the checking if no update appears on the screen, you can install the update manually by using iTunes.

b. Restoring iOS 10 using iTunes: If you want to install the fresh iOS, erasing all the traces of the existing iOS version, iTunes is the ultimate tool for this process.

When you connect your device to iTunes, it will compare the already installed iOS with the server. If a new update is available at the server end, it will notify you in a pop-up message.

You can simply let iTunes download and install iOS 10 on your device.

Alternatively, you can download the iPSW files of the latest iOS version on your computer first and then use the iTunes to restore that downloaded file on your device.

Once the installation is finished on your device, set it up either as a new device or restore the backup from iTunes or iCloud to get everything back.

Now enjoy the latest iOS installed on your iPhone!