If you are an iOS user, you must know that the default browser for iOS is Mobile Safari and was integrated into iOS as a part of it in 2007. The Back and Forward functions were identical to the ones in Windows & Mac. But as the updated versions of the iOS were released, the possibility of moving back or forward more than one page at once was finished in this Mobile Safari browser. The only way was to use a different browser by jailbreaking your idevice. 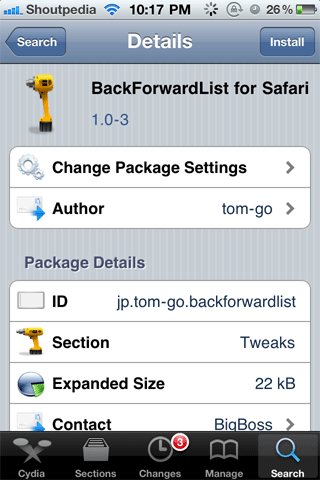 Many tweaks are being developed to make the iOS and Mobile Safari more useful. Such a tweak is BackForwardList. Though it was not possible to see a list of visited sites before, but now it is possible with this new jailbreak tweak. If you have ever used Google Chrome, we can tell you that this almost works like the Google Chrome feature. When you right-click the back or forward button in Chrome, a list appears showing you the sites you have visited. The only difference is that, you have to click and hold the back/forward button in your safari browser to see the list. You can see this in the image displayed below. 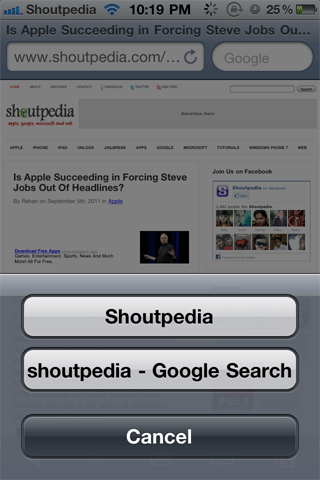 Well, this feature brings more productivity and functionality to the iOS as well as saves bandwidth, as no need to download a content again.

As in almost all the apps and tweaks installed from Cydia Store, no icon appears on your background and this feature is integrated directly into the Mobile Safari. This tweak is the best solution to people who like the Safari browser, but just have cheaper data plans and have to waste their bandwidth again and again or don’t like to enter the site name again and again if they’ve visited it before.

This app is available for free in the repository BigBoss through Cydia. Tap and download the first result after searching BackForwardList for Safari. If you use Safari on your iPhone/iPad a lot then you must download this app. So, enjoy with this new jailbreak tweak.

Note: This tweak is only for jailbroken iPhones/iPads/iPod touch.