Out of many things, one reason due to which I like iOS/iPhone is its flexibility and customization, especially when iPhone is jailbroken. In fact we can customise every corner and every aspect of iOS using the tweaks and different apps available in the Cydia and App Stores. Unlike some other operating systems, iOS contains a third party store where you can find those apps which don’t get their place in official App Store. Another plus point of iOS jailbreaking is that we don’t have to re-install the whole firmware file on the device in order to get some specific modifications. Everything goes smoothly, without disturbing any native function. 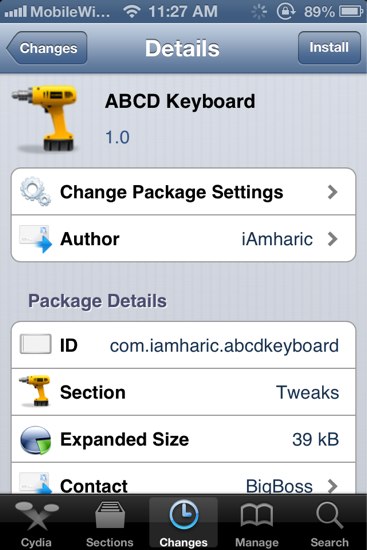 Today Cydia Store hosts a very handy tweak which replaces the QWERTY keyboard with ABCD keyboard. According the developer he made this tweak for his small kid so that he can learn ABCD very easily. He further adds this tweak is very helpful in those apps in which the letter speaks on tapping. Actually for kids it becomes annoying and time consuming to search the required letter from the professional keyboard layout. This tweak is a real help for them.

After installing ABCD keyboard, go to General -> Keyboard -> English and select the desired layout. If you select more than one keyboard or keyboard layouts, you can switch from one to another by pressing the globe icon for a second whenever keyboard pops out in any app. 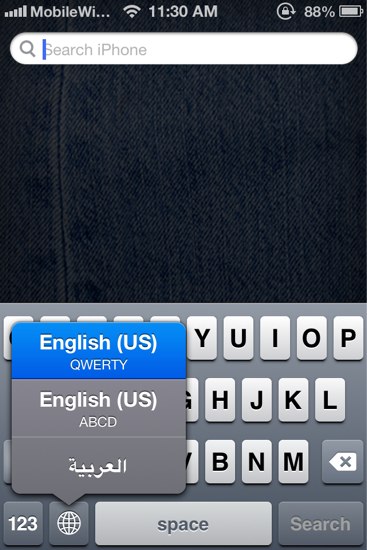 Under the settings app you can clear the cache of ABCD keyboard any time if you see any lagging while typing the letters.

This is really a must have tweak for those parents who use iPhone and iPad to teach their children the basics of English.