Here comes another Cydia Tweak “AirVideo Enabler” that brings AirPlay video streaming in all apps including Safari. So this simple app provides users another reason to jailbreak their devices.

It also means that Apple could easily implement this feature in iOS 4.2.1 but it wasn’t included. We hope AirPlay for all apps will be introduced in next iOS 4.3 version.

This hack is developed by a developer named Zone-MR and currently AirVideo Enabler is available in Zone-MR repository but soon it will be available in other repositories too.

AirVideoEnabler enables video streaming to Apple TV’s using AirPlay from any application, including Safari. Normally, AirPlay Video is restricted to the YouTube app. This tweak is now available in the Cydia Store. 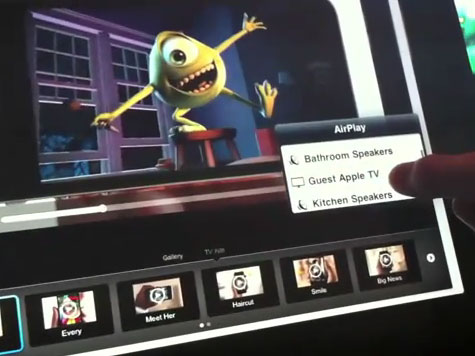 Step 1: Update your iPhone 3GS to iOS 4.2.1. All those who rely on unlock must not update the device otherwise they’ll lose the unlock.

Step 2: Jailbreak your iPhone with Redsn0w ( the only available jailbreak tool for iOS 4.2.1 so far ).

Step 3: After jailbreak, open Cydia, tap the manage button on the bottom, tap on Sources, click on Edit button of top and then tap Add.

Step 4: Now type this address in the sources http://cydia.zone-mr.net.

Step 5: Tap on Add source and wait for it to update.

Step 6: Now you will find the AirVideo Enabler Tweak. Install it and use AirPlay feature in all apps.