Amazon has finally announced its own smartphone named “Fire Phone”. The specifications of Fire Phone make this phone not less than the most popular ones like iPhone 5S and Samsung Galaxy S5. It is loaded with some new features which are still not present in any other phone and these features are specifically designed to work with other Amazon services. 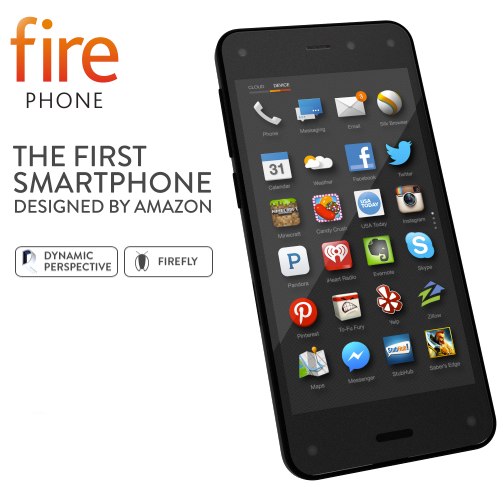 Fire Phone has got 4.7 inch screen size, HD LCD Display with 1280 x 720 resolution at 315 ppi. The Amazon CEO says that they analyzed different phone models having different screens sizes but finally decided to launch 4.7″ sized phone so that users can handle the phone with single hand. 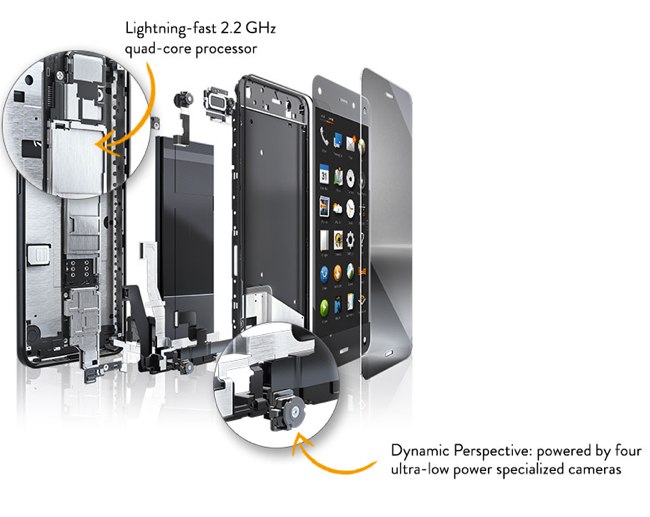 This phone is powered by 2.2GHz Quad-core Snapdragon 800 CPU. Though the power house of Fire Phone is not as powerful as of other phones like Galaxy S5 but still manages to complete the tasks at good speed. There is 2GB RAM attached to the phone. For video and games playing a dedicated graphics card Adreno 330 GPU is included.

Camera is not less than any other top level phone’s cam. It has got six camera lenses. Isn’t it surprising? At the back side we have main one 13 MP camera for photos and to record HD videos. The main rear camera is enhanced with multi-frame HDR feature, auto focus, optical image stabilization and LED flash.

The front camera is of  only 2.1 MP to take the selfies etc.

There is also a dedicated camera button at the right side which open the camera within a second even if the screen is locked.

CEO Jeff Bezos claimed during the launch event that Fire Phone is packed with some high quality stereo speakers powered by Dolby Digital Plus. The speakers automatically shifts to an appropriate profile while watching the movies and listening the music.

Added to the internal speakers, you also get premium headset in the box. Flat cable and magnetic ear buds make them tangle free.

Fire Phone runs on Fire OS 3.5.0. It is a modified version of android with some added features and APIs. It is heavily customized to include the amazon services and apps.

Other Features of Fire Phone: 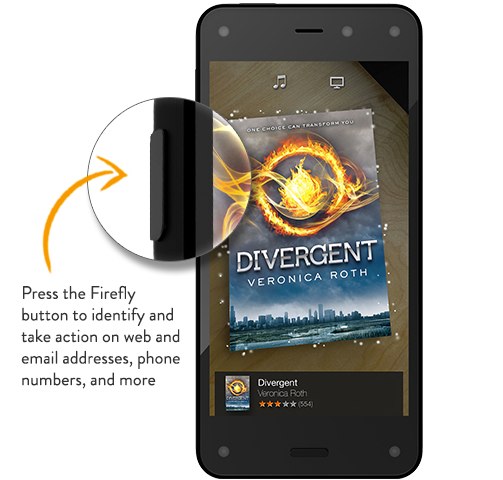 Among these features, the most important one is FireFly which recognizes more than 100,000,000 items. You can point your phone at any thing and the phone will help you find it from the internet. FireFly also recognizes the sound it hears. You can then purchase the song from the Amazon store. The dedicated camera button also works as Firefly. At first place it seems mere another barcode scanner but it does a lot of many more things. This new feature is really promising. Let’s see how Amazon and other developers take it to next level.

This features acts like AirPlay. You can push the content from your phone on to larger screen and then use the phone as control box. If you are watching  movie on your small screen, simply send it to TV with just single click. You can also send emails and browse the internet on second screen. This feature is currently available for Amazon Fire TV, Playstation 3, Playstation 4 and the some latest Samsung TV models.

If you don’t know anything about any feature on your device or if you are facing any problem while handling your device, you can get on-device video support round the clock. The feature is provided free of cost.

Besides these, there is free cloud storage, Amazon Prime, ASAP (Advanced streaming and Prediction service), free backup and restore and WhisperSync. You can read more about these feature on Amazon Fire Phone official page. 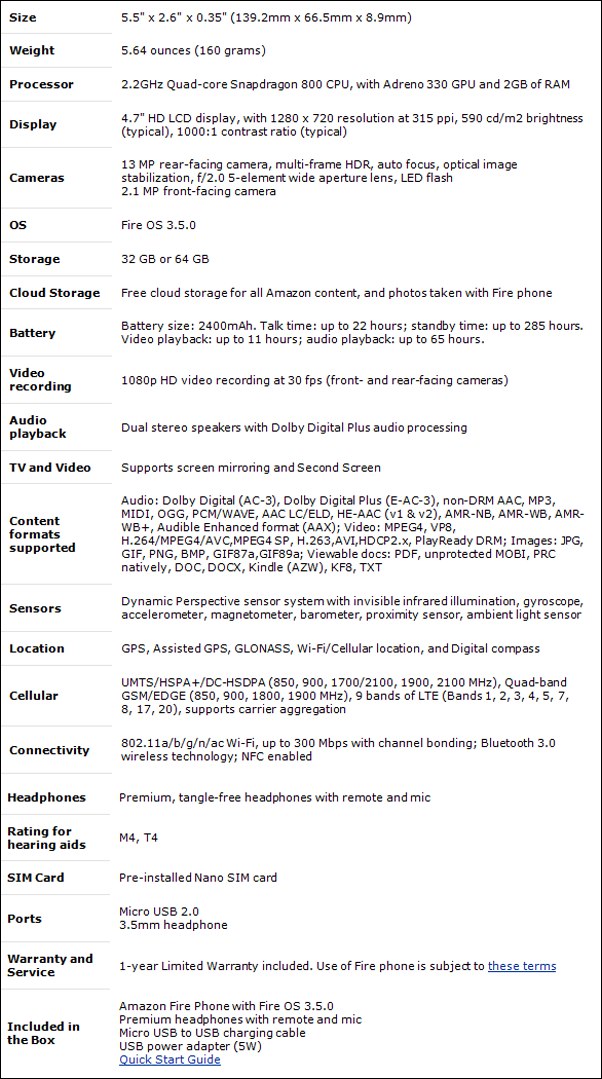 Price and Availability of Fire Phone 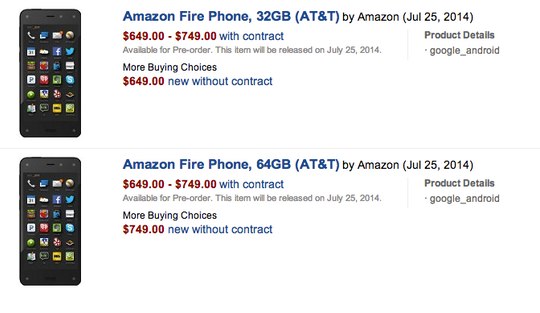 As far as its availability is concerned, the leaked information from Amazon webpage shows that the phone is coming on July 25. The off-contract 32GB version will cost you $649 whereas the 64GB model is priced at $749 without contract.