We have already posted about Ice Cream Sandwich, which may unify the both Gingerbread and HoneyComb android versions.  The ICS (short for Ice Cream Sandwich) is rumored to be released sometime in October. Well October seems to harbor many technology launches, what with the coming iOS 5 and iPhone 5 and the Ice Cream Sandwich.

And, well as we look forward to the Ice Cream Sandwich OS, Google is progressing even more ahead as it is heard that the Google employees have started work on the possible successor of the ICS, Android Jelly Beans. 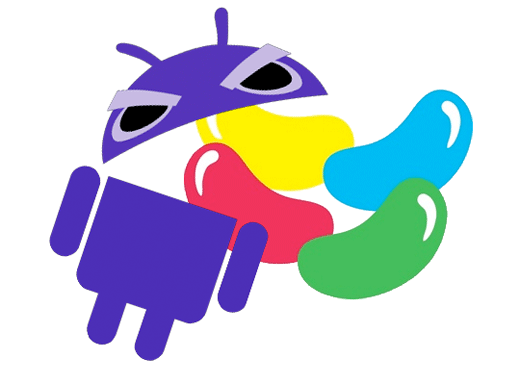 Google seems to have a great liking for naming the new coming OSs on sweet and juicy things. Though the name “Jelly Beans” is not finalized by Google now, but it is definitely near the top in the list of choices and would most probably be the final name for the ICS’s successor. It is also reported that the ICS will have many changes in it, and would possibly be a bang on the market, so Jelly Beans may also be a success in the market.

It seems Google is following the roadmap, esp in terms of internal codenames, which we shared with our readers last year. We are posting it here again to refresh the memories.

Android 2.7 (Krispy Kreme)
Release Date: Summer/Fall 2015
Features:
-Charges via self-righteousness from not owning an iPhone
-Built-in speaker automatically plays Sade when in vicinity of love-making
-Transforms into an actual android
-Divides by zero

Google has invented a great OS, the Android to challenge the Apple’s iOS. And no wonder, these new OS for Android would boost Google’s market shares. So get ready to get your hands on the ICS and keep yourself updated on the Jelly Beans by just keeping logged on our site. (via thisismynext)