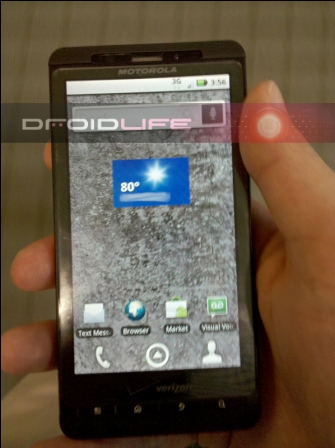 Another variant of Droid has been snapped and it is being called Droid Extreme. Hopefully the name “Droid” is very lucky for Motorola. All we can say is that this new android based phone is Motorola Droid / Milestone without slide-out keyboard.

The source of pictures says it will be definitely running on Android 2.1, but we hope it will be upgradeable to latest android 2.2 aka Froyo. It has got 8MP camera at the back but it can record HD Videos. Cool hun!! 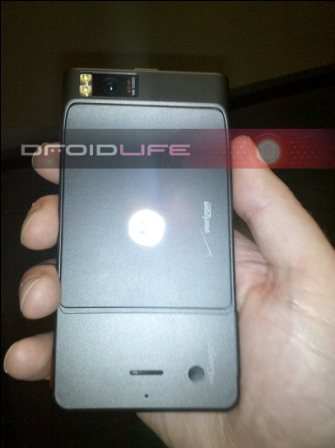 If you remember we shared a lost and found story of Motorola Droid Shadow. Motorola Extreme is the same phone with “Shadow” codename. So if you don’t want a keyboard, you can wait to get this one. Though the rumored release date of this phone is June/July but it has not been confirmed by official sources.

Tip: You can read our previous post for some more specifications.