When the news came out about Antidote, everyone thought that it was a new jailbreak tool for iPhone, iPad and iPod Touch. But it has been confirmed officially that it is a security tool for jailbroken idevices to enhance the security mechanism.

Antid0te uses ASLR (Address Space Layout Randomization) process to add some extra security layers to idevices. It is not a jailbreak tool itself but it will be available for jailbroken devices only. 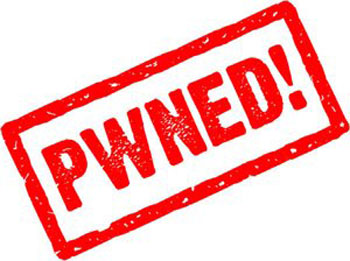 The developer behind “Andtidote”, Stefan just released a new website revealing all the information about this new tool including release date.

When will it be released?

Media wrongly reported an antid0te release date of 14th December. However this date was never announced from my side. Antid0te will be released once it is ready which should be around 24th of December.

Is it a new jailbreak?

Media wrongly reported that antid0te is a new jailbreak. However this is wrong. Antid0te will be a tool that you can use together with the pwnagetool, redsn0w and maybe greenpois0n jailbreaks.

Will you burn another exploit?

No! Antid0te will be a tool used with already jailbroken iPhones. So there is no additional exploit used.

What devices and firmware is antid0te compatible to?

Will antid0te make my iPhone unhackable?

There is no such thing as unhackability. Antid0te will add ASLR to your iPhone. ASLR basicly means that the program libraries, the dynamic linker, the program stack and for some selected binaries also the main binary are loaded at different (random) addresses in memory. This makes the process of exploitation a lot harder. In the general case this means that instead of one security hole the attacker needs atleast another security hole that allows him to determine/leak the memory addresses on your iPhone. Therefore antid0te increases the cost (time, money, resources) for an attacker to write a successfull exploit.

If you have read somewhere (like in the theregister.com article comments) that ASLR is broken and can be easily bypassed, you must know that these comments are written by people that maybe have heard/read some things about exploitation but never attempted to actually write a real world exploit. Among real security researchers these comments usually cause a lot of amusement. It is well known that DEP/NX without ASLR and ASLR without DEP/NX are not optimal protections but in combination they are the best exploit mitigation available at the moment. And the iPhone already has DEP/NX in place, so adding ASLR is about time.

Will Antid0te destroy the possibility of future jailbreaks?

Well first of all antid0te by itself will be installed AFTER you jailbreak your device, so that it does not affect the jailbreaking process at all. However in the long run the existence of antid0te might trigger Apple to finally add ASLR to factory iPhones. However Apple’s current iOS 3/4 design decisions make adding ASLR a not so simple task. Therefore it will take them some time to achieve that. I strongly suspect 2011 to become the year of wide spread mobile phone malware/worms. So Apple will have to add it at some point. However only time will tell. So yes, if antid0te causes a faster ASLR release for factory iPhones it will make jailbreaking harder in the future. However I strongly believe that a more secure factory iPhone is more important than a somewhat easier jailbreaking process.

So, antid0te will be available for download before the Christmas Holidays start, hopefully, and on the other side iPhone Dev team is also working hard to release untethered jailbreak for iOS 4.2.1 on iPhone 3GS (New bootrom), iPhone 4 and iPod Touch 4G. Unlock Tool for these devices is also being expected just before Christmas.

Stay tuned to this blog for more information on jailbreak and unlock. You can also follow us on Twitter or join us on Facebook to get the latest updates.