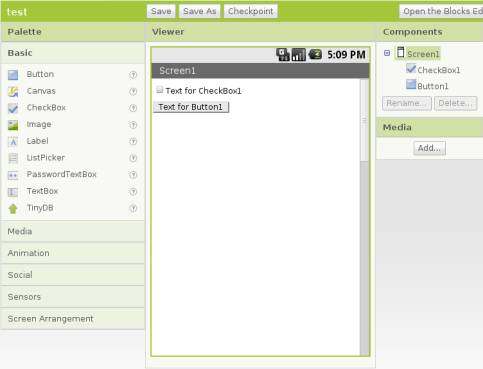 Android market is one of the most growing app market for smartphones based on android operating system. We already have hundreds of apps in the app market and some of them released by Google itself like Google Shopper, Google Goggle and Google Maps. This time google labs has introduced another software “App Inventor”  for android apps developers. This software provides the users graphical environment to create applications in an easy way.

App Inventor for Android has built-in objects and tools which help to build apps wihout writing a single line of code. Though Nokia has already introduced a much simple web-based Ovi App Wizard to create the Ovi Apps by using the RSS of any site/blog, but app inventor software gives you many extra features to build the new apps/games from scratch.

This software is available for download for Windows, Linux and Unix. You can read the more details about this software on Google Labs blog.

Watch the App Inventor for Android in Action: