Now wouldn’t that be something! HDTV is a very lucrative business indeed with an estimated value of $100 Billion a year. It has long been expected that Apple would enter the HDTV sector because of their powerful ecosystem, advanced technology, design savvy nature and really powerful brand recognition. All of this coupled with their marketing expertise and experience gained from their successes in the cellphone and tablet sector could make Apple a powerful force in the TV world 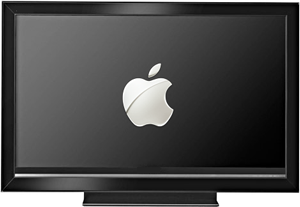 It was earlier reported that Apple had used Close to $4 Billion of their cash reserves to secure components, which people thought were probably for iPads and iPhones, but it is now believed that they could be for HDTV production. These speculations gained momentum when “data points” were picked up at a Chinese electronics trade show being held this week.

” The research suggests this Smart TV would go well beyond the miniature $99 second-generation Apple TV that the company released last fall and provide a full-blown TV product for consumers. Although Apple has long been projected by company watchers to enter the HDTV market, the Mac maker now appears to be “moving down this pace at a faster pace than the market expected.”

It is rumoured that if it gets made, it would have the characteristic Apple sleek design, a Retina like display quality along with rich internet and social media integration all rolled in a reasonably priced package.