Apple TV is not missed at this point. The third beta for Apple TV iOS is also released early this morning. The developers also get Xcode 4.6 Preview 4.

We recommend all the users to grab these new beta products through proper channel that is by getting a developer account. Some blogs also post the direct download links of these releases but we never support them. Posting beta releases of Apple software on public sites is against the terms and policy issued by Apple. 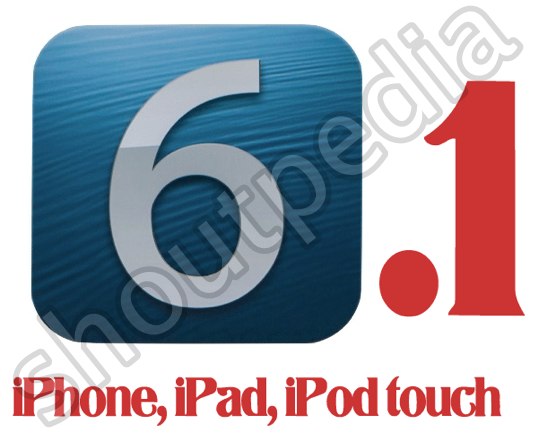 Actually the main purpose of these beta software is to give an opportunity to developers to test their apps before the actual release and to get the feedback from them regarding the new features. These releases work on devices only for limited time period. The timer is activated after certain period, usually after 2-3 months, which makes the beta version invalid. At that time users have no choice except either to update to new beta or to install the new public iOS version. 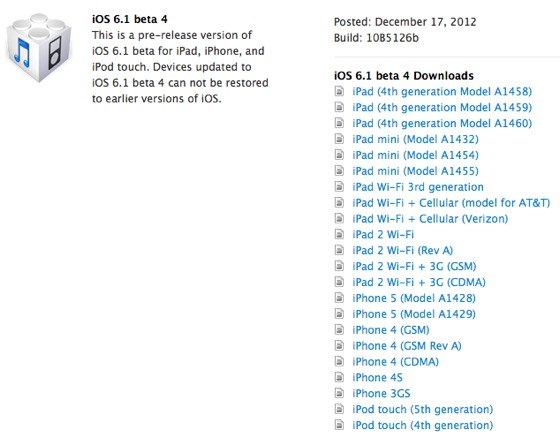 It is expected that Apple will release the general and public iOS 6.1 version in the beginning of next year 2013. So we advise all users, esp those who want to keep their devices jailbroken until a new jailbreak is released, stay away from this release. iOS 6.1 beta 4 build 10B5126b is for developers who either don’t care about jailbreak or have an un-disclosed method for jailbreak.

If you have developer account, just visit the dev page to download iOS 6.1 beta4. In case your device is already running on any previous beta build of iOS 6.1, you can install it via Software Update.