Apple has just released a new version OS X 10.9.2 for its Mavericks users. The main purpose of this update is to fix the SSL bug but it also contains some other new features. 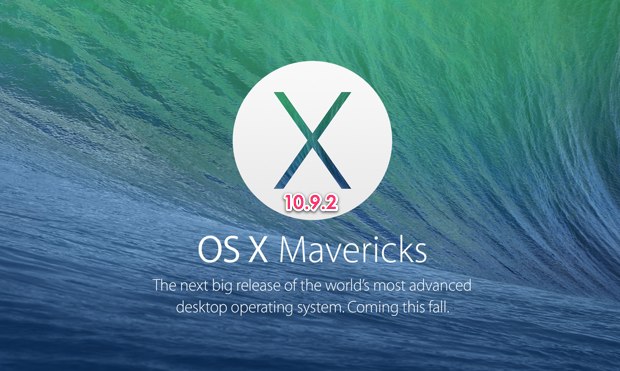 After the discovery of new SSL bug which lets the third party to attack the secure connection without giving a warning on client side, there was an urgent demand from all Mac users to release the new update containing the fix for it. Unfortantely, the bug was also present in iOS devices. Few days ago Apple released iOS 7.0.6 /6.1.6 to fix this hole and promised to release the update for Mac OS X user too. Finally here it is.

Besides the patch for the “gotofail” issue, the new update also gives the opportunity to Mac users to place FaceTime audio calls to other users. Previously this feature was available for iOS memebers only.

Call waiting feature is also added in OS X 10.9.2. If you are using FaceTime video and you receive an audio call during the existing call, the caller would be told that the recipient is already on another call. 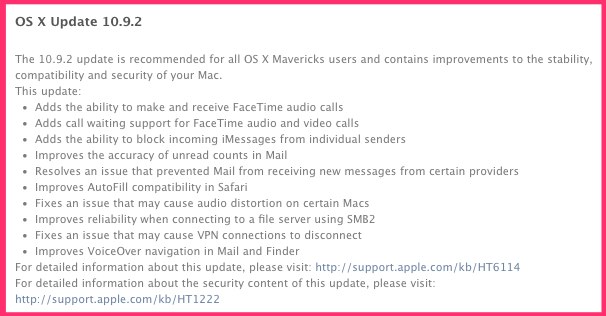 You can also block the incoming iMessages from individuals. This feature was already available for iOS users but now it is also included in OS X. You can also later unblock the selected individuals from the list.

The complete list of changes and features is as follows: