AllthingsD’s sources close to Apple claim that Apple is going to hold next Media Event on October 4 to announce the next generation iPhone 5. 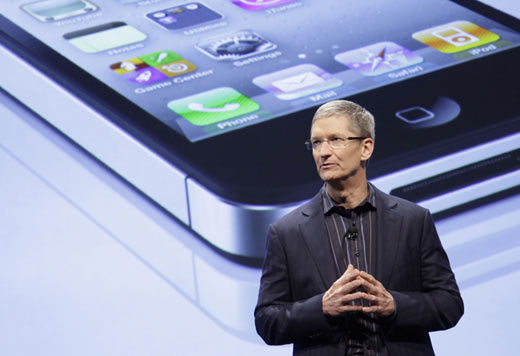 We have already shared a lot of rumors and reports which all reach an acceptable conclusion that Apple will stir the whole tech industry with its “World” iPhone 5 in the first quarter of October. But this is the first time we are hearing an exact date of Apple’s Media Event from AllthingsD, a blog which has a good reputation in predicting what’s next from Cupertino Headquarter.

After the resignation of Steve Jobs, Apple CEO Tim Cook will be introducing iPhone 5 in the event. There are also reports that Apple might introduce a new white iPod Touch 5G in this media event.

And while the iPhone 5 is a much anticipated handset, the event itself has a lot more importance for Apple than many previous ones.

That’s because it will be newly installed CEO Tim Cook’s first big product introduction and the place where the public will get a first lengthy impression of him that may well set the tone for Cook’s new role.

According to the source Apple is also planning to reduce the time between announcement and Shipment of iPhone 5. The plan is to make the new device available for purchase within a few weeks after the announcement.

Keep coming back to this site for latest updates about Apple’s next Media Event and iPhone 5.

Meanwhile, you can follow us on Twitter or join our Facebook fanpage to keep yourself updated on all the latest news from Apple, Google, Microsoft and the web.