9to5mac claims, through its some reliable source, that Apple is working on new gesture based lock screen for iOS devices. According to the source this new type of lock screen is already being tested internally.

Some screenshots taken from an Apple Employee’s iPhone are also posted on the said site. You can check out these screenshots after the break. 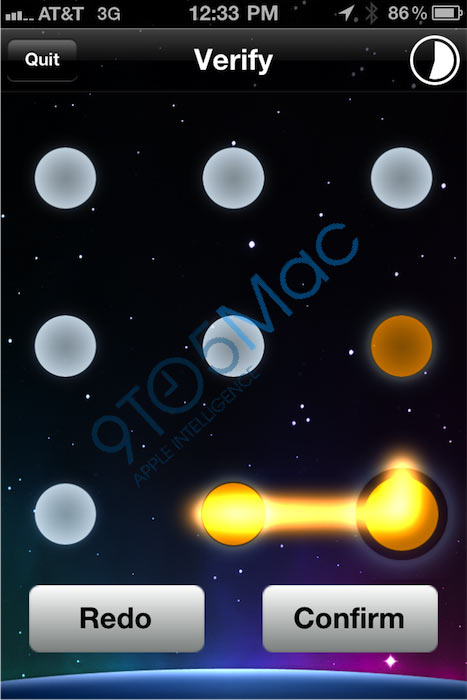 Apparently the new lock system looks like the one being used by Google in Android based smart-phones in which you have to match a specific pattern to unlock the device, instead of a password. 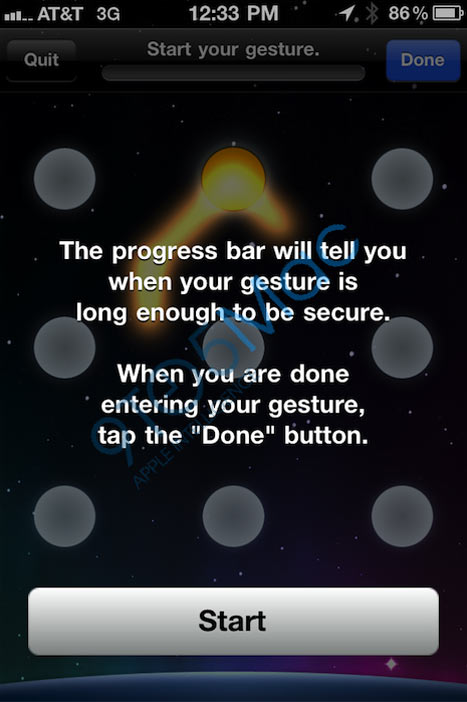 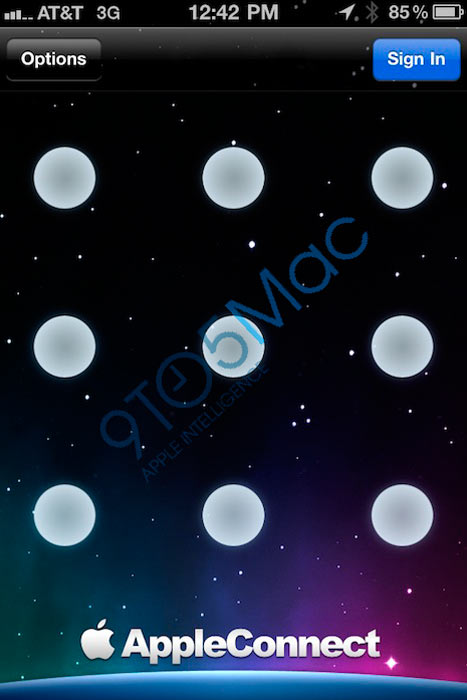 According to the report employee’s Mobile Connect Application for iOS devices has already received this gesture based lock system and Apple is planning to introduce it in some other apps too.

It appears Apple will not release this android like gesture based lock screen, which Google has probably patents on, for customers. But there are also rumors that Apple may incorporate it in the upcoming iOS 5 after making some modifications. It is to remind that Apple’s March 2 Media Event to unveil iPad 2 is getting close and Apple might preview iOS 5 in this event. [via 9to5mac]