AppleTV 2G jailbreak has been confirmed by MuscleNerd, a member of iPhone Dev Team, using the SHAtter exploit. We already knew that Apple TV jailbreak is possible but it is the first time that an official confirmation is made by a concerned member of the team.

The TV is exploited using SHAtter and a custom IPSW via PwnageTool bundle. “I don’t know how to run apps on it yet”, said MuscleNerd in his tweet. 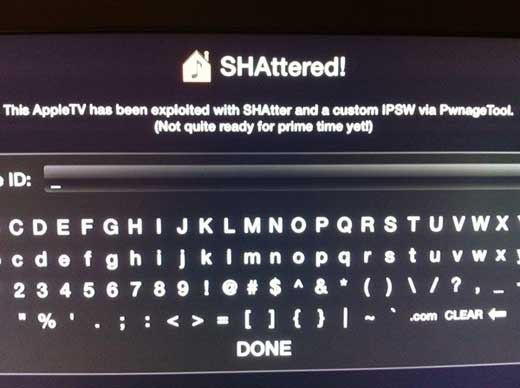 We don’t know when Apple TV jailbreak will ready and released, but at least we know, for sure, that it is possible.

Here is the video demonstration: