This morning Apple released a new firmware for new Apple TVs. AppleTV2,1 firmware is a modified version of iOS 4.1 and it is compatible with newly released AppleTVs only . Currently this version is of no use for common users but it might be used in jailbreaking and restoring to factory firmware in near future.

Earlier Steve Jobs, CEO of Apple Inc.,  said that the company could open an Apple TV app store but before that hackers have already given an indication that new Apple TV can be made to run 3rd party apps after jailbreak. 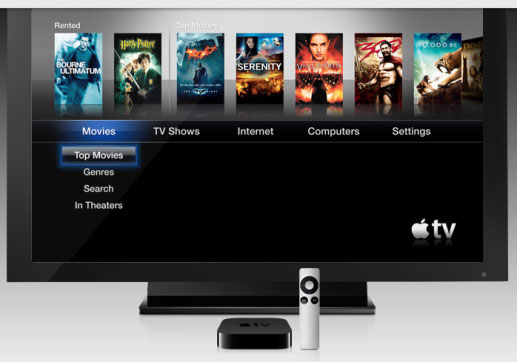 It is to remind you that Apple introduced a new version of Apple TV at the start of this month which is only one-fourth the size of original one.

It supports HDMI output, 802.11 WiFi-N and optical audio. There is no local storage here, Apple TV completely depends on the cloud for streaming media content. Apart from iTunes, you will be able to access Netflix, Youtube, Flickr and MobileMe services right from the comfort of your couch.