After a long wait, Apple has finally announced “Apple Watch“. It has square display, curved down the edges of the body. It is a digital watch that runs on Apple’s own customized operating system.

There are two hardware buttons on the right side. One button is round in shape and is called Digital Crown which is used to zoom in/out, pan and to scroll the view. You can also push it to return to Home Screen just like Home Button on iPhone. The other button is dedicated to Communication App. 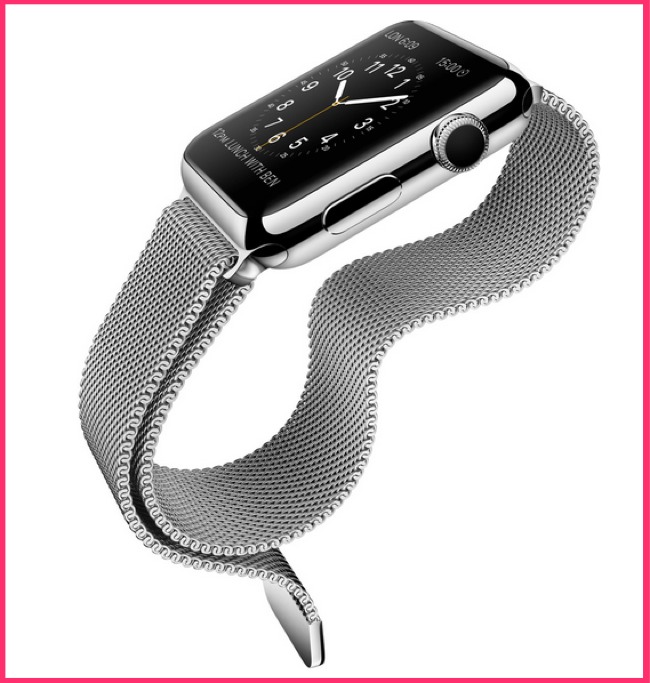 The upper glass is of Sapphire material and is touch sensitive. In fact it can distinguish between tap and press due to tiny electrodes used in the touch screen. The Tap acts like the single tap (left-click on mouse) whereas Press, also called as Force Touch, acts like double tap (right-click). 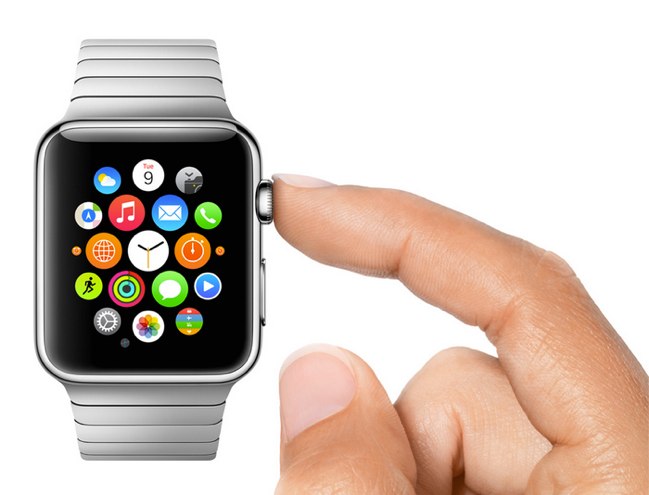 Size and Design of Apple Watch:

Apple Watch is introduced in two case sizes: 38mm and 42mm. The body is made up of either stainless steel or aluminum. There is also a special edition watch in which 18-karat gold is used. In total there are six colour of the body. 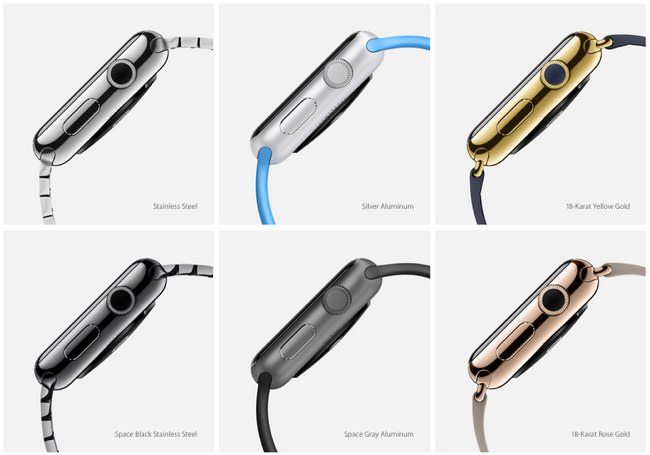 Bands in different colour and material are also introduced with the Watch.

What we can do with this Watch:

This watch is designed to work with Apple’s iPhone. Most of its functions are viable when it is connected with iPhone. The important functions which Apple’s watch can perform are listed below.

For Phone Calls and Messaging;

As we told you above, Watch has a special button for communication app. Simply press it and you can bring out that app. From there you can tap on the contact to call or send him an SMS. It has also got a built-in tiny speaker to answer the calls directly from the watch. However, the calls can also be routed to bluetooth devices or to iPhone. The incoming calls can be silenced by simply covering the watch with hand.

You can also read the messages and reply them on Watch. Even few emoji icons are available in it to send them to others. Simple drawings can also be shared with others.

You can get the notifications from different apps directly on the screen of your watch. For example you can read the tweets on Watch and then retweet them and also make them favourites. Apple would also allow third-party developers to take the advantage of this feature to integrate the apps with Watch.

Simply tap on the screen and the watch will start recording the heart rate. The recorded date can also be sent to other users.

The device is bundled with two important applications. One is Activity App which comes with three rings: Move, Exercise and Stand. It tell you how many minutes you walked or performed brisked movements and how many times you stood up. 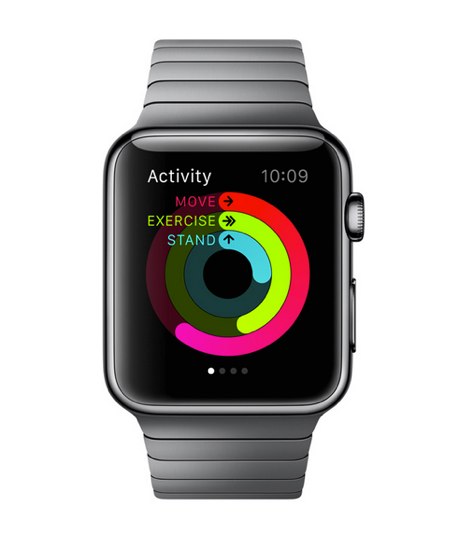 The other app, Workout, gives you a real time stats about time, distance, pace and calories. You can also set goals along the way using this app. It further includes three sub-apps called Goals, Reminders and Achievements.

Apple watch comes with preloaded Passbook app which you can use to store your tickets, passes and credit cards. It can also be used for “Apple Pay” to securely purchase different items at hundreds of locations using the credit cards stored in Apple Watch.

Apart from Activity and Workout apps, following apps would be preinstalled on Apple’s Watch.

Apple didn’t mention anything about its battery. However, it is expected it would last for at least 12 hours. The charging is performed through Wireless Charger which has magnetic head that fits at the back of the Watch. 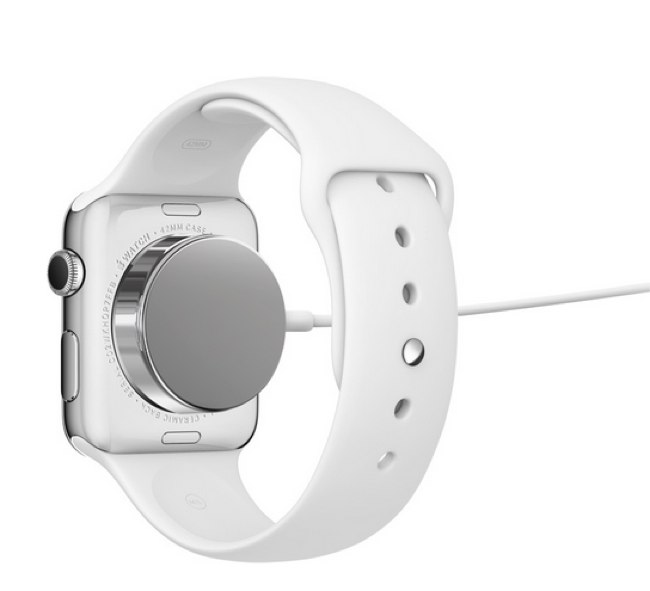 Apple Watch is compatible with the following iPhone models.

Pricing would start at $349 and would go up from there. As far as availability is concerned, these devices will be available for purchase in early 2015.