IS Drive, a bitTorrent app for ImageShack’s Premium Users, which was approved two days ago has been removed from App Store. Though Apple relaxed the terms for approval process and it was being thought that IS Drive was accepted due to these revised guidelines, but Apple doesn’t want to see such apps in the store yet. 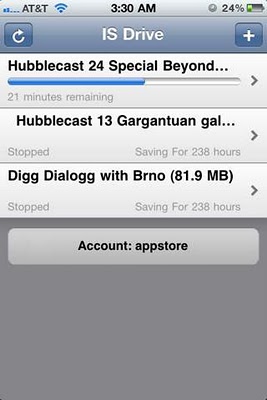 IS Drive was previously available on Cydia under the name “Jack Torrents” but the developer of this app says that it is not a torrent client.

“I always had the thought that if I didn’t call the app a “torrent client”, Apple would probably let it through the review process. After all, there is no real torrenting happening on the client side. It’s *not* a torrent client. It’s an ImageShack Drive client,” Kepner said.

We all were expecting such new apps after the approval of IS Drive, but we have to face it, Apple has pulled this app from the App Store. Watch the IS Drive in action in this video: