Boxee is a new app for iPad devices only that lets you to watch all your favorite movies from your Facebook account, Twitter account, other social networks and even from your PC onto your iPad.

Boxee also converts and syncs videos present on your personal computer automatically and streams them to your iPad wirelessly over WiFi. This app is available free from Apple’s App store. 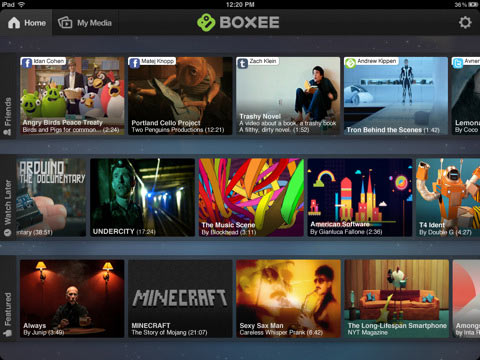 Video from you and your friends – all in one place that goes anywhere.

Boxee for iPad brings videos from Facebook, Twitter, Tumblr, and your computer all onto your ipad so you can find and watch new videos or favorites on the train, in bed, on the couch, on the john, during boring conversation, on the patio, from the roof deck, in an abandoned bunker, on the side of a mountain….

SOCIAL
Never miss a hilarious or inspiring new video from your friends again. Boxee connects to your social life and delivers every video your friends share on Facebook, Twitter, Buzz, and Tumblr to your iPad. Return the favor and share favorites with two taps. Boxee brings video sharing to the iPad in a way that’s simple and unique.

WATCH LATER
Each day, we’re bombarded by video from everywhere. Collect them in one place and save them for later with Boxee. Queue YouTube videos, TED talks, and, well, whatever you want to watch on your iPad, whenever you want. Your commute just got its own video playlist.

MEDIA STREAMING
Stop wasting hours converting and syncing videos to your iPad. Boxee streams videos, music, and photos from your PC/Mac to your iPad over WiFi. You pick the video, we handle the rest — no cables or wires necessary.

SEND TO BOXEE BOX
Watching video on your iPad and want it on the big screen? Send videos straight to your TV via a Boxee Box so everyone in your living room can enjoy. Now you can go back to playing Angry Birds on the iPad while you watch : ) 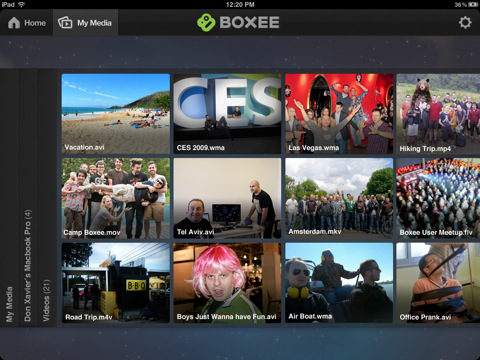 Boxee can be download from Apple’s App store free of cost. Just search for Boxee after opening AppStore on iPad or first download this app using iTunes on your PC and then sync it with your iPad apps.