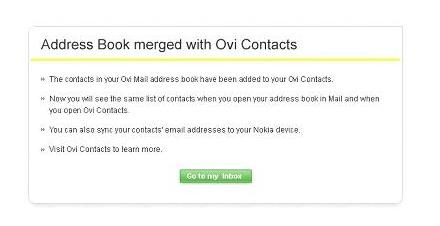 The Product Manager for Ovi Mail has just published a post on Nokia Beta Labs blog about the release of new Ovi Mail 2.0. Now the contacts in Ovi Mail have been integrated with Ovi Contacts.

The contact list will be same on both Ovi Mail and Ovi contacts and it can also be synchronized with the phone.

The other important update in this new version of Ovi Mail is the support for Arabic language. Now the Arabic speaking users can view the Ovi mail UI in arabic.