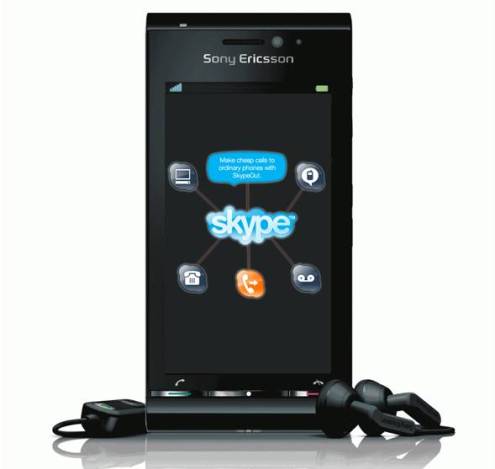 At CommunicAsia 2010 Skype told that its telephone software for mobile has made its way to the symbain based Sony Ericsson phones.

As usual, if you are calling other skype user from your mobile, there is no charge except the charges of data plan. But if you call on other mobile or on landline number, you might be charged.