The first beta release of iOS 7 has arrived at the Dev Portal. Every registered user can download it and install it on their select devices. Currently the beta images are compatible with iPhone and iPod Touch 5 models only. The support for iPad models is not yet provided. However, in the coming weeks we will see the new beta images for those devices too. 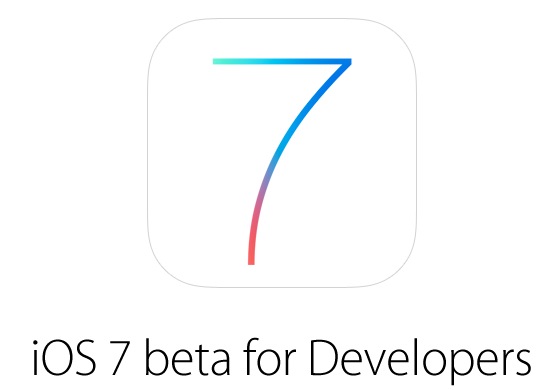 How we Install iOS 7 Beta Version?

The installation of beta version of any iOS requires two steps.

1) First you should have a registered developer account with Apple in order to download the beta image of iOS 7.

2) Secondly the UDID of your device on which you want to install the beta release should also be registered with the account.

Keeping in view that Apple doesn’t allow anyone to distribute the beta version of any iOS, we are not posting any direct download links to new iOS. However, if you have managed to get the iOS from developer account or from any other source but the UDID of the device is not registered, you can use this method posted by 000MIX on reddit.

We are not providing any direct download links for iOS 7. The links mentioned below are taken from Apple’s Dev Portal. Some users, however, have grabbed the correct iPSW file from third party sites.

After you have downloaded the required iOS 7 beta iPSW file, place it on desktop or any other easily accessible place. Now connect your phone to iTunes and (Alt/Option for mac, or Shift for Windows) on the Update button instead the restore button.

After the update process completes, you will be using iOS 7. If you run into any problem, you can downgrade to iOS 6.1.4 anytime as the signing window is still open until the public build is not released.