BGR has posted some interesting piece of information about the upcoming CDMA based iPhones and iPad 2.0. The code in the image (below) indicates that future Verizon Wireless phones will be activated automatically if they are CDMA based. This code will check the technology used in these phones and if found other than CDMA, the same old message will pop up telling you to activate the iDevice first via iTunes before you use it. 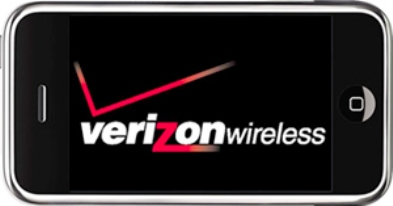 We’re told this block of code has appeared every year consecutively before a major iPhone / device release, removed right before launch. This allows the products to be field tested by carriers (or partners) without having to activate the handsets or devices. Whether Apple has done this to make sure AT&T or other carriers looking at activation logs don’t find anything, or just for the sake of simplicity isn’t clear. 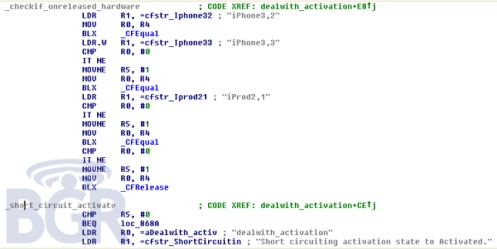 Now everyone is looking forward to this new release with the hope that it will be having no issue regarding reception and/or antenna. There are 100% chances that this next generation iphone will be running on iOS 4.1.

It is to remind you that iOS 4.1 will bring some new features like Game Center and FaceTime via email on certain devices. Apple has already fixed the PDF exploit in iOS 4.0.2 to make the JailbreakMe, a new jailbreaking tool for iPhone 4/3G/3GS/iPod/iPad, inoperative.