The visual difference between these two phones is that Kin One is compact in size while Kin Two has got wider screen.

Here is the comparison between these two devices: 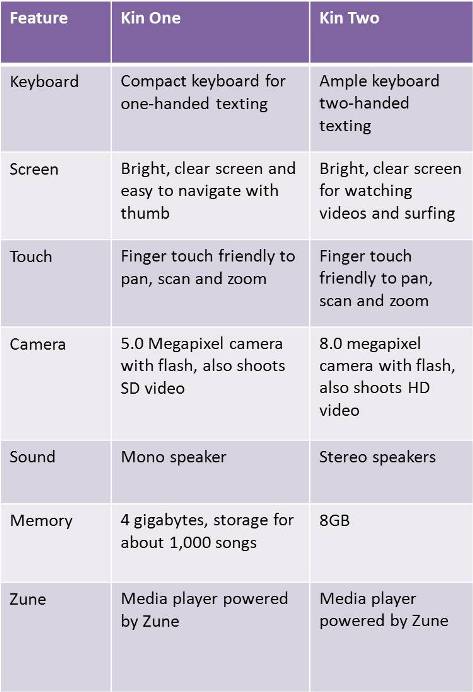