Samsung has finally unveiled the new Galaxy S5 device at UNPACKED event in Mobile World Congress, Barcelona. The device is very powerful, I think the most powerful smartphone of its category when we compare its specifications with any other existing model. It is packed with 2.5GHz Processor, 2GB RAM, 2700mAh battery and 16 megapixel camera. 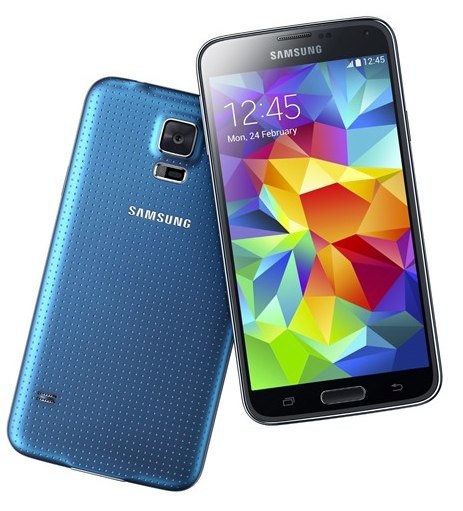 When we compare Galaxy S5 with Apple’s iPhone 5S, no doubt the former is winner in terms of specifications but the real winner would be decided after the benchmark tests which will be carried out once the device is available in the market.

The overall design of S5 is not much different than its predecessor S4 but it has got some new features. It is now included with fingerprint sensor just like iPhone 5S which is embedded right under the home button. One can use it to unlock the device and to make the payments. eBay is already the first official partner which will support this new method of payments on Galaxy S5. 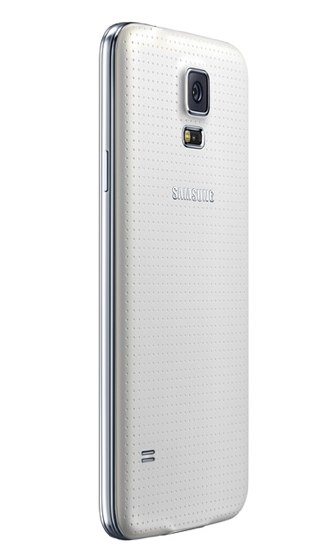 Along with the fingerprint scanner, Galaxy S5 also holds a heart rate chip which is absent in iPhone 5S. This chip is located under the camera at the rear side. You have to put your finger on the sensor for few seconds to get the heart rate result on the screen.

Camera is also a big point of comparison for these devices. iPhone 5S is equipped with 8 megapixel camera whereas Galaxy S5  has got 16MP camera. However, the dual flash feature is still absent in S5. The 16-megapixel camera is capable of shooting the videos in 4K UHD videos at 30 frames pers second. It can also capture the videos in HDR mode.

The Galaxy S5 is water and dust proof (IP67) which makes it a tough guy. The special cover doesn’t let water in for 30 minutes if we put the device in 1m water. But it doesn’t mean you should use it while taking a shower or swim.

The battery of Galaxy S5 is also double to iPhone 5S’s. But keeping in view the other specifications like, the large 5.1 display, 2GB RAM and 2.5 GHz quad-core processor in S5, there won’t be much different in talk time, surf time and in video watching time.

Here is the complete specification chart / specs sheet comparing both iPhone 5S and Galaxy S5 side by side.

Update: As you know iPhone 6 and iPhone 6 Plus are now also in the town, so it’s better to check their specifications too before deciding which phone to buy. The main difference between iPhone 6 (plus) and 5S is definitely the size. And I think Galaxy S5 should be not compared with iPhone 6 models rather than 5S.