Sometimes the absence of a tiny feature from a software or application becomes really frustrating. The same situation applies to the native Facebook app for iPhone and iPad devices. Facebook for iOS is one of the most downloaded app from AppStore. The developers behind it worked hard to bring the desktop-like experience to small screen but they missed to incorporate a very small feature that is “Copying Text” from timelines.

The official application of Facebook empowers the users to copy any comment and then paste it later anywhere. However, this ability is disabled in the case of status updates.

We don’t know they did it intentionally or there was any type of software limitation, but another developer, not involved in official application development, has released a new tweak in Cydia store which allows you to copy the status update to clipboard. 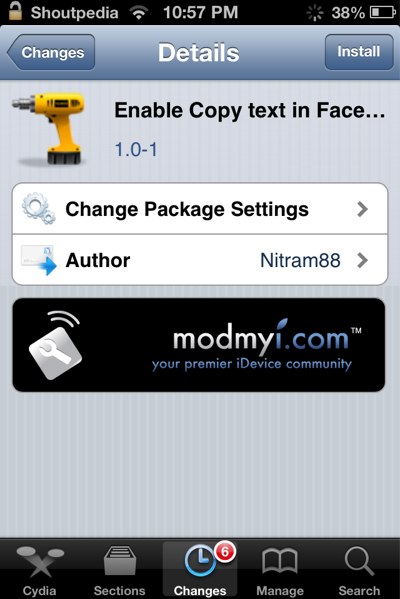 The tweak’s name is “Enable Copy text in Facebook”. After refreshing the changes, you can install it from ModMyi repo which is already available in Cydia Store by default.

After installing it on your jailbroken devices, restart the springboard to get it in action. You won’t see any icon or any other option under the Settings.app. Now open the Facebook app, tap on anyone’s status and keep touched the finger for about a second. Immediately you’ll get a pop-up telling that the text has been saved successfully to clipboard. 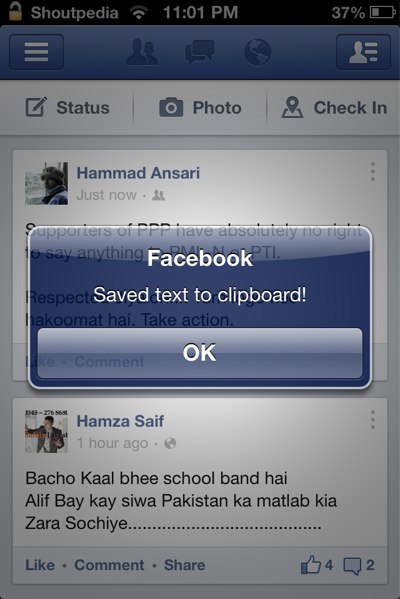 It is to be noted that it will copy the status text only. If you share a post or image of any other user, it won’t copy it. Similarly if there is not text in the status update and there is only image or video, it will show the previously saved text from clipboard. Though you’ll get the success pop-up in these situations.