There is no doubt that every iPhone 4S and iPad 2 user who has ever enjoyed the tweaks and cydia apps on their previous jailbroken A4 devices are anxiously waiting for an untethered jailbreak release. Don’t worry friends. The wait is about to end now. 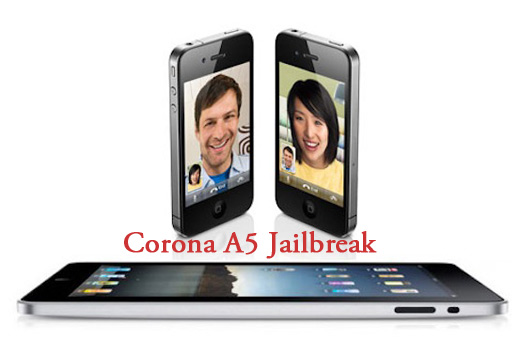 Here we are quoting the exact post from iPhone Dev Team’s blog:

Ever since the December release of @pod2g’s “corona” untether for iOS 5.x on A4 and earlier devices, all eyes have been on the attempts to extend it to the A5 devices: the iPhone4S and iPad2.  Due to the combined efforts of @pod2g and members of the iPhone Dev Team and Chronic Dev Team, we’re nearly ready for a general release!  All technical hurdles dealing with the underlying technique have been overcome, and it’s now all about making the jailbreak as bug free as possible.

On his blog, @pod2g playfully nicknamed the combined effort a “dream team”.  It’s an ironic name, because the past few weeks have left everyone involved with very little sleep and the opportunity to dream :) But we’re now near the final stages of testing the public version of the jailbreak.  Please allow time to clean up any remaining bugs in the jailbreak clients.

To be as flexible as possible, the A5 version of the corona jailbreak will take multiple forms:

The supported firmware versions will be:

iPhone4S owners looking to maximize their chances of achieving an eventual software-based carrier unlock should be staying at 5.0.  Everyone else should be at 5.0.1.  If you’re an iPhone4S owner who already updated to 5.0.1, it’s too late to go back down to 5.0, but if you’re on 9A406 it is possible to downgrade the BB by going to the 9A405 version of 5.0.1 while the window is still open.

The overall flow used by the GUI and CLI to inject the A5 corona jailbreak has never been done before, and there may be unforeseen problems once it’s released to the public.  It’s very important for you to sync your data, photos, and music before attempting any version of this jailbreak.  We’ll be watching the comments section below for signs of any widespread problems, but please be aware that you jailbreak at your own risk!

As mentioned at the start of this post: when testing has shown most of the bugs have been fixed!

Please stay tuned to Shoutpedia and we will be publishing the step by step tutorial once it is out.