Jay Freeman, the creator of the most popular and the first unofficial Cydia Store has released an update of Cydia installer for all existing jailbroken devices.

Few hours ago Jay released a code in the Cydia prior to 1.1.6 version containing a new tab having a title of “Timeline” and a twitter like “dickbar” on the top of the Cydia. The dickbar showed a random app, theme, game or tweak from the store encouraging the users to install them. According to Jay, who is also known as Saurik over Twitter, the main purpose of this dickbar was to give a new feature and look to all 1st April Foolers. But after he received some bad comments, he pushed out an improved and clean code of Cydia 1.1.6. 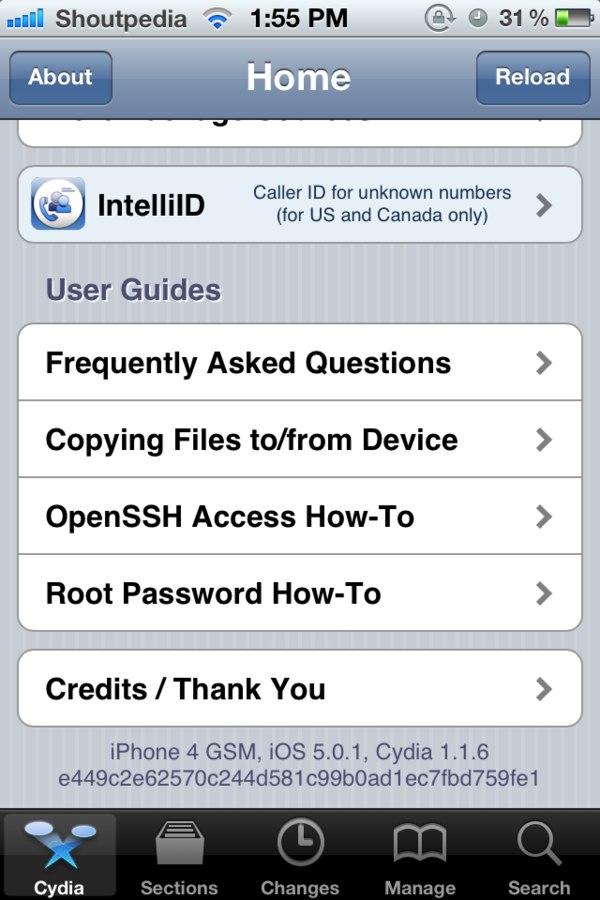 After installing Cydia 1.1.6 it seemed to me that this version is faster than the previous one. Moreover, it also supports iOS 5.1 firmware.

Though there is no untethered jailbreak available for iOS 5.1 yet, but a tethered jailbreak, which requires you to connect your device with PC for successful boot, is readily available for older devices like iPhone 3GS, iPhone 4, iPad 1, iPod Touch etc. So the users having these devices can enjoy jailbroken iOS 5.1 on their devices provided they don’t annoyed by tethered booting. 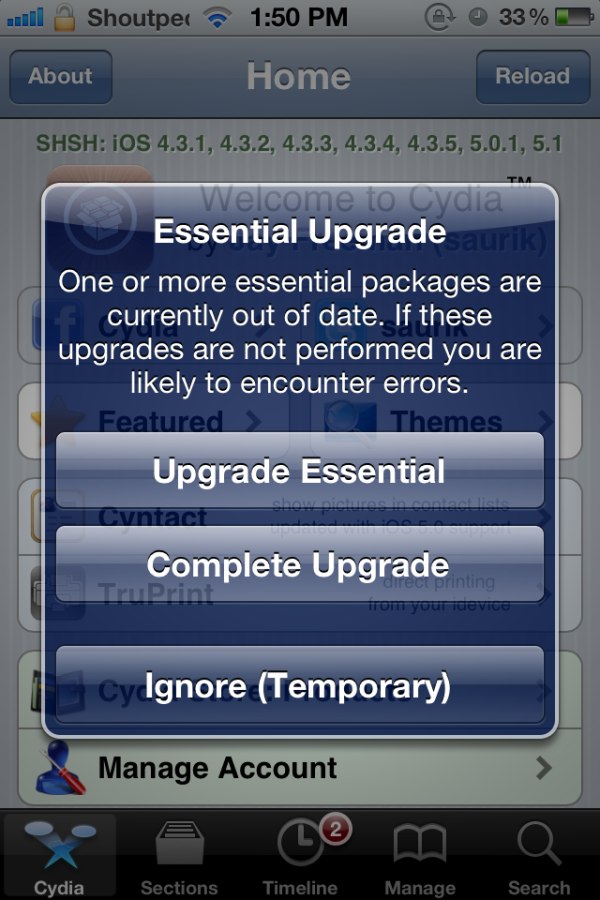 To get Cydia 1.1.6 on iOS 5.1 or prior firmware version, simply open the Cydia, refresh Changes and you’ll get the red badge of update notifications.