iPhone Dev Team members, esp Jay Freeman and Chpwn, are working hard to bring out the final version of Cydia Store that will support iOS 4.2 too. According to a tweet by MuscleNerd, the revamped Cydia app is almost ready.

It is to remind you that Apple has already rolled out iOS 4.2 GM release and iPhone Dev Team may delay the release of Cydia app until iOS 4.2 public version is released which is due in this month. 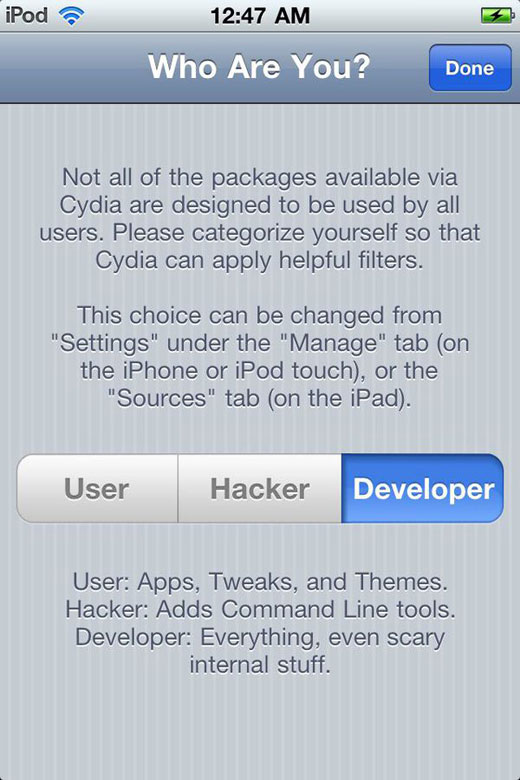 No doubt it is a big achievement and now the next step is definitely an iOS 4.2 jailbreak. Though Redsnow 0.9.6 b2 can jailbreak the iOS 4.2 GM on certain devices, but a limera1n based universal jailbreak is being expected for all idevices.

There are also news that iOS 4.2 jailbreak will be an untethered jailbreak for only those who will/have saved SHSH blobs for iOS 4.1. The remaining users might receive tethered  iOS 4.2 jailbreak. So hurry up and save the SHSH Blobs before Apple stops signing the old firmware.