I don’t know what’s the motive behind releasing the iOS 7 evasi0n jailbreak without collaborating with the Cydia creator, Jay Freeman, who is also known as Saurik in the community. It may be that the evad3rs team wanted to give a gift to its loyal users before the Holidays starts, but this haste has also given us some incompatibilities over the newly released jailbreak. 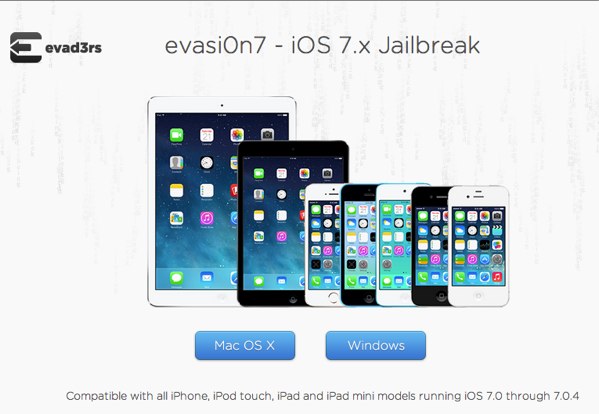 Many Cydia tweaks and applications will not work right now because the core files need to be updated yet. The developers of the jailbreak even didn’t allow Saurik, or you can say didn’t give enough time to test the Cydia and its core program MobileSubstrate. 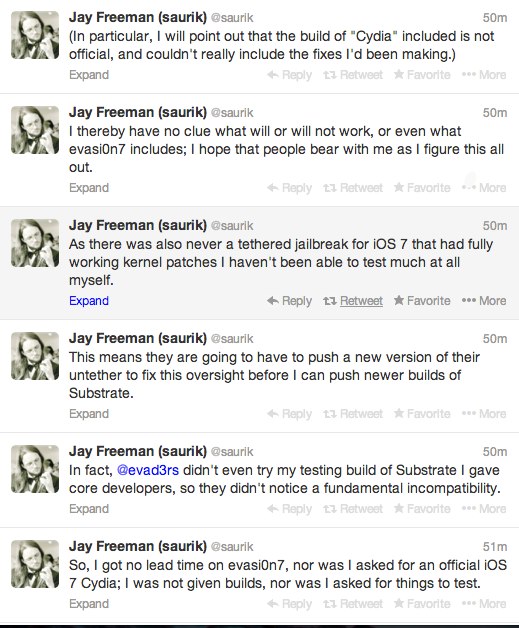 So, after the jailbreak, if you find that any app is not working, don’t get annoyed. Pod2g, who is also the member of evad3rs team, tweeted that they are well aware of the issue and they are working to bring the fixes.

Tweaks relying on mobilesubstrate have issues with early release of evasi0n. Keep away from that for the moment, we’re working on a fix.

Currently, evasi0n 7 1.0.0 contains a little older build of Cydia. Once the new build is released, then the team will also release a new version of untethered evasi0n to bring the full compatibility.

Till that stay tuned to Shoutpedia for the latest updates.