When we talk about jailbreak, the barrel is one of the top cydia tweaks which come in our minds. It gives new transitions when flipping the home-screen pages on your iPhone. Though it is not one of those tweaks which is very useful or practical, but it is the best tweak of its category which provides a unique visual effect to the icons while scrolling the homescreen. 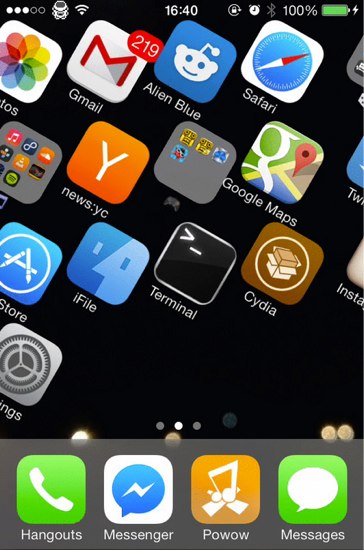 Barrel is not a free tweak. It will cost you $2.99 if you want to install it on your iPhone / iPad. The price is not very high when we look the effort and time given by the developer to it during its development. But now an alternative tweak, cylinder, is available for the jailbroken devices which produces the similar effects.

Till now Cylinder is not available under the default or popular BigBoss repos, but you can install it by adding a private repo http://r333d.com/repo/.

If you don’t know how to add a repo to cydia store, fire up cydia, open Manage tab, tap on Edit on top right and then on “Add” on top right. Write down the above mentioned repo and tap on “Add Source“. 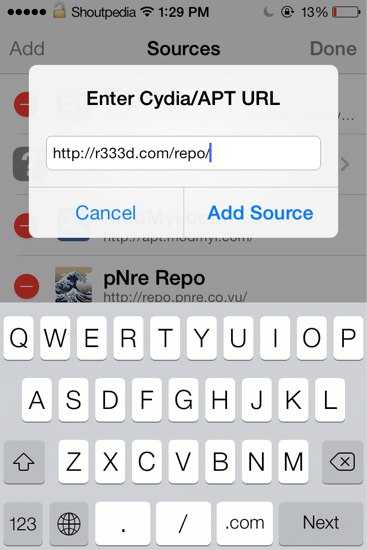 After the repo has been added, search for Cylinder and install it. 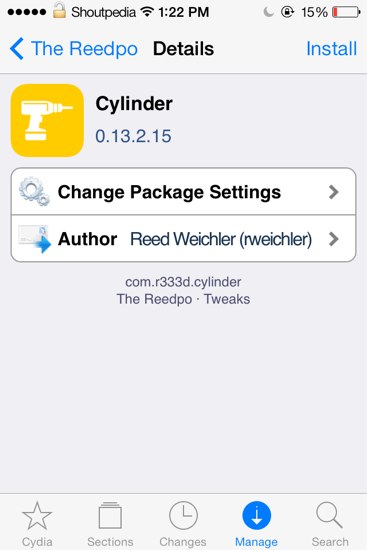 You’ll see a new Cylinder option under the settings app. Open it to enable / disable the tweak or to configure the effects according to your choice. 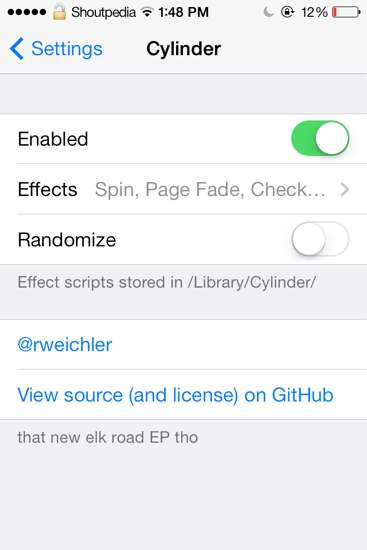 Cylinder tweak is very flexible especially if you are a little bit techy and want to add your own effects. The effects script is written in Lua language which is also very simple to edit. You don’t need to install any heavy or complex software like Xcode or any third party compiler to edit these Lua scripts. All you need is to have a simple text editor. After the desired modification, you have to upload the script in the /Library/Cylinder/ folder and you’ll see the new effect under Cylinder settings app. You can find more details on how to write own effect and upload it using iFile, iFunbox etc on this Cylinder GitHub page. Personally speaking the default effects are enough to have and you don’t need to build your own scripts.

Cylinder app is compatible with all devices including iPhone 5S, iPhone 4S / 4, iPad 3 / Mini etc running on iOS 7. According to the developer, it would also be equally compatible with older iOS versions like iOS 6, 5 and 4.