Nexus Two is made by Samsung and the main difference found so far between Samsung Galaxy S and Google Nexus 2  is front facing camera, the source said on Gizmodo.

Though the official specifications are not announced yet, but the rumors say it will have the same 4-inch AMOLED screen like the other Galaxy series smartphones. According to Gizmodo: 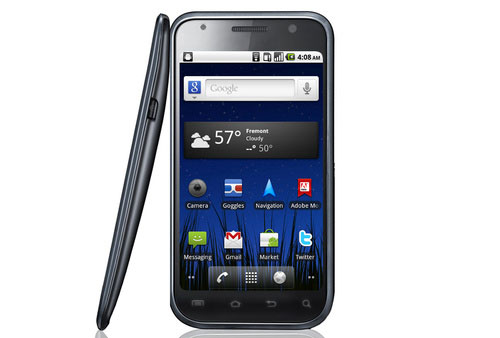 It’s black and shiny, built with glossy plastic. Up close, though, it’s “got this curve to it.” While the screen, which our source thinks is the same 4-inch AMOLED affair from the Galaxy series, is flat, the front is “sort of concave” with hard edges. And the back is curved. The tapering makes it feel thinner than Galaxy S, though it might be about the same thickness. “It feels really similar to the Galaxy S in a lot ways.” (Note: Our mockup is very approximate.)

As far as software is concerned, Nexus Two will be running on Gingerbread because Google is planning to introduce Video Chat in Gingerbread and the front camera is mainly for this new feature.

We are still waiting for official statement from Samsung or Google to confirm all these rumors. So, stay tuned to this site for more news about android phones and softwares.