Apple has finally announced iPhone 6 and iPhone 6 Plus. The main difference between these devices is definitely the screen size. iPhone 6 is 4.7″ while iPhone 6 Plus is 5.5″ in size. It is to be noted that screen size is measured diagonally from the front side. Apart from the screen size, the other features are almost the same in both the devices except the battery capacity. We posted a detailed comparison among iPhone 6, 6 Plus, and iPhone 5S after the fold.

Apple has released iPhone 12 in four variants. If you want to know more about their battery capacity and how much streaming video playback these devices provide, you can check out our post on iPhone 12 battery comparison for all models. 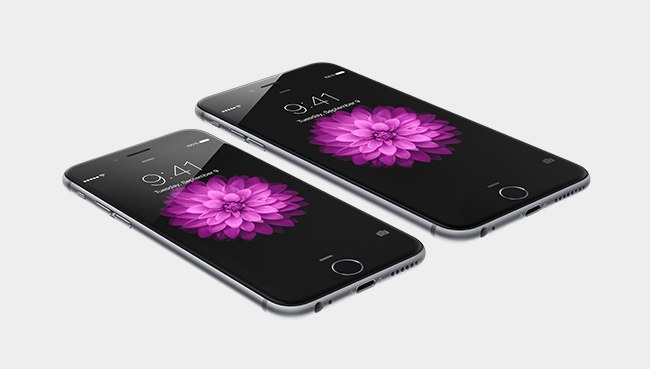 Other Differences Between iPhone 6 Plus and iPhone 6:

As iPhone 6 plus is larger than iPhone 6, the former is also bigger in height, width, thickness, and heavier in weight than the latter. However, these two models are thinner than the iPhone 5. The iPhone 6 is the thinnest among these three models. 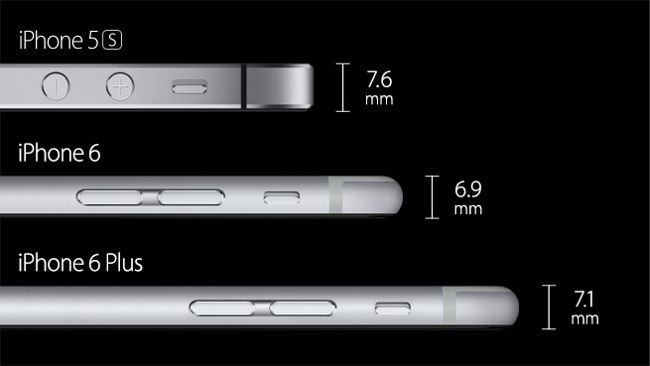 As far as weight is compared, iPhone 6 plus is the heaviest while iPhone 5S is the lightest mobile phone manufactured by Apple Inc. The detailed dimensions are tabulated below.

Though Apple never discloses the actual battery capacity installed in the iPhone models, the stats shared during the event show that iPhone Plus has got a bigger battery than iPhone 6 and 5S. 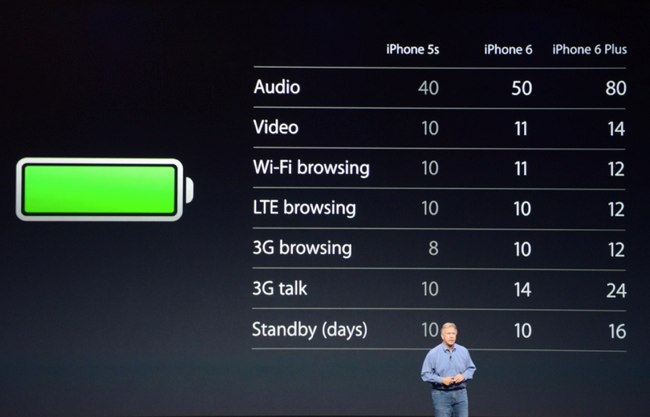 The following table would give you an estimated battery time while performing different functions on iPhone like listening to music, playing videos, talking on 3G or simple cellular, surfing the web, etc.

Other Features Which Are Specific to iPhone 6 and iPhone 6 Plus:

The following features are present only in iPhone 6 variants and are absent in previous models.

As iPhone 6 versions are larger in size, Apple made few changes at the software level and one big change at the hardware level to make devices usable with one hand.

The one and only important hardware change under this category includes the relocation of the Power button. In previous models, the power button is present at the top, whereas in these newly announced phones the Power Button, which may also act as Sleep Button, Wake Up Button, Call Reject Button, etc, is on the right side of the phone.

At the software level, two tappings on the home button brings down the entire screen to half level so that the user could access the top navigational options.

The iOS for iPhone 6 Plus is further tweaked to enable two panes in landscape mode. The keyboard also contains few more keys in iPhone 6 plus which don’t appear in other models. 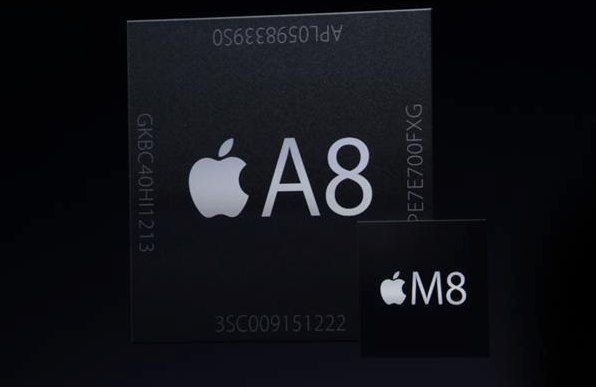 Motion Coprocessor is also upgraded to the M8 version in the latest models. Whereas iPhone 5S contains an M7 coprocessor.

The camera power is the same as that was in the iPhone 5S. All three models are equipped with an 8MP iSight camera. However, the Autofocus feature is further enhanced with Focus Pixels feature in new models. Optical image stabilization is also added to iPhone 6 Plus’s camera only.

All three models offer up to 1080p video recording. However, the video can be recorded at 60fps too besides at the regular 30fps in the new models only.

NFC along with Mobile Payments:

The long awaiting NFC chip is also present in these phones which ultimately resulted in the introduction of the Apple Pay feature. With Apple Pay, you could buy items from thousands of locations using your iPhone.

iPhone 6 and 6 Plus Price and Storage Capacity: 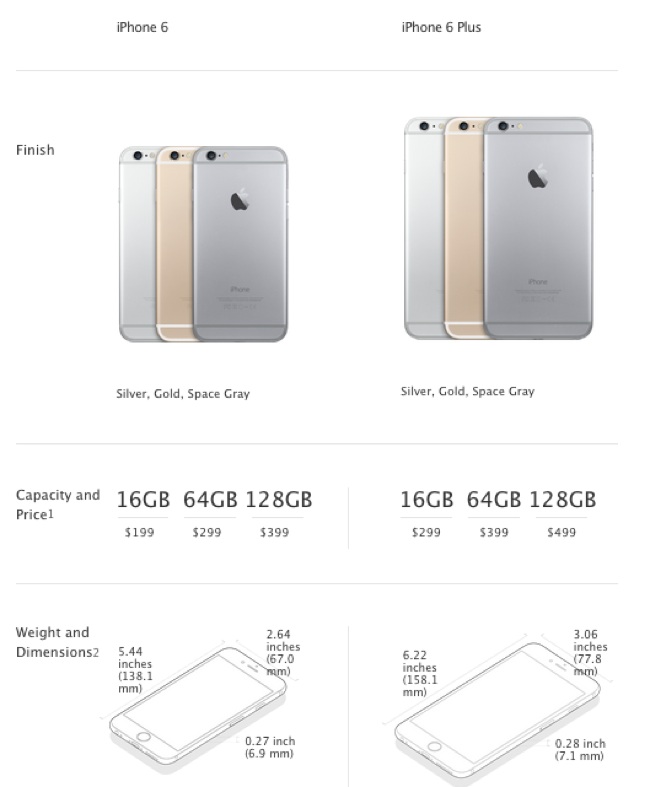 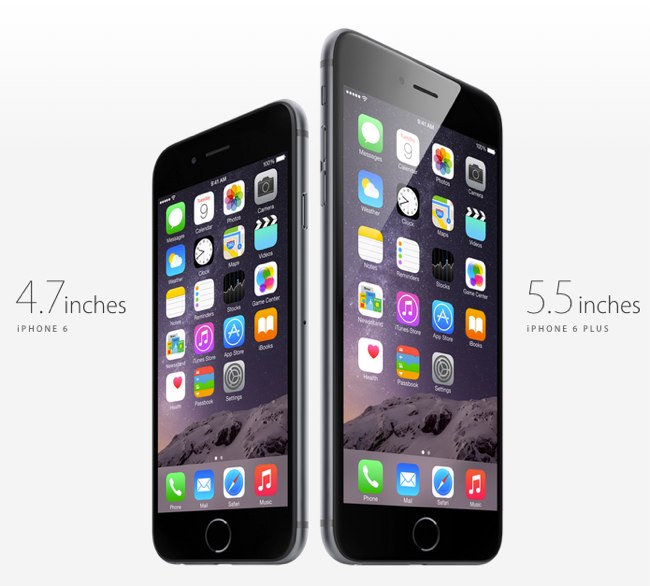 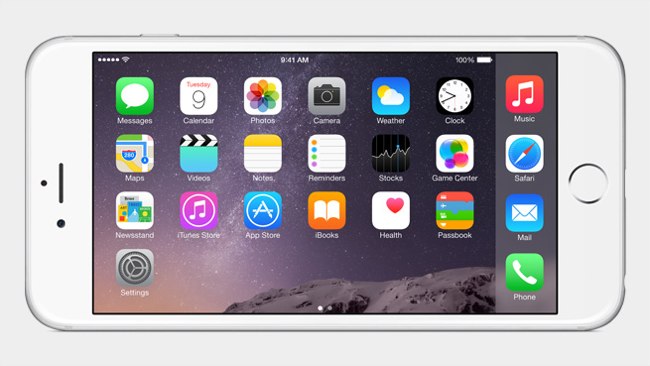 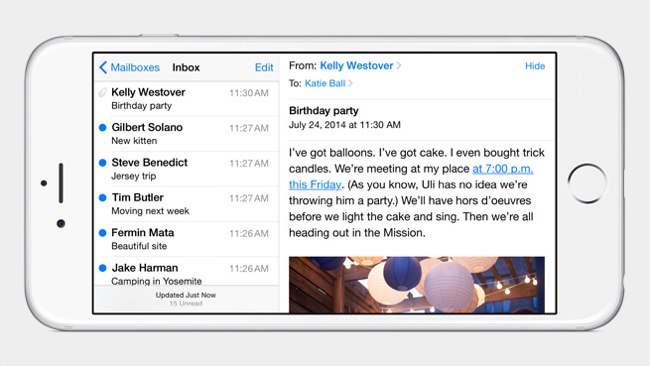