Today was a big day for Apple as the Cupertino based company announced new releases from both hardware and software sections. From hardware store, we have new iPad Air 2, iPad Mini 3, iMac with Retina Display and Mac Mini. From software perspective, we have got new version of iOS 8.1 and Yosemite.

iPad Air 2  is thinner and more powerful than the previous iPad Air model. It has got new processor and new lens for photography. The detailed comparison between iPad Air 2 and the original iPad Air is after the fold.

The shape and dimensions are same as the original iPad Air. Apparently one can’t differentiate between these two models, but there are two hardware changes in Air 2 if you look closely. The silent switch button/orientation lock is absent in the new model and there is TouchID incorporated in the home button.

The length and width of both the devices is same. However, iPad Air 2 is slimmer than its predecessor. The new model is 6.1mm in thickness whereas the previous one was 7.5mm in thickness.

As far as the weight is concerned, the new model is little lighter than the previous one. Air 2 weighs 437g while the simple Air’s weight was 469g. 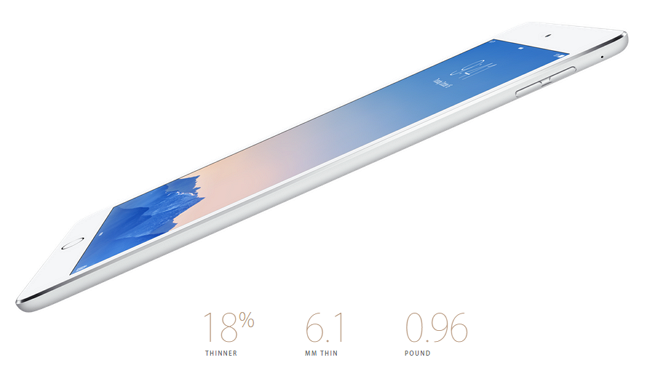 Though the display size is same 9.7 inches but Apple claims the display of new model will look nicer. The one reason is anti-reflecting coating which will reduce the reflection up to 56 percent. Moreover, the LCD, glass and Touch sensor all are optically bonded, so there are no air gaps between them now.

iPad air 2 is powered by A8 processor which was first used introduced in iPhone 6. However, the processor used in iPad is the modified version of iPhone 6. It’s 64 bit in architecture and Apple says it’s 40 percent faster than the previous model. The graphic performance is also improved in the new tablet by 180x.

The presence of M8 processor is confirmed.

Touch ID is the most prominent change in this tablet. Users can now unlock iPad, enter credentials and purchase the apps and games from App store, iTunes and iBooks store with a simple finger touch. They can also purchase other goods from online stores using the newly announced Apple Pay feature.

iPad Air 2 and iPad Mini 3 are the only models in which Touch ID is introduced. In all previous models this function is not available. 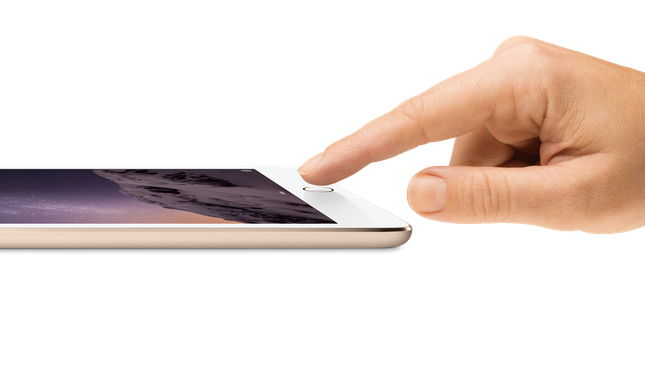 Apple introduced significantly improved camera in iPad Air 2. In the previous model, the camera was of 5 megapixels but the new tablet’s camera is upgraded to 8 megapixels. Some features which were previously available for iPhones only are also transferred to the tablet like slow-motions video and burst mode or timelaps mode.

There are also few improvements to front facing camera as well. It has got a new sensor and a larger aperture.

The battery life on both the devices is almost similar. Both devices would give you about 10 hours battery life while surfing the web on WiFi or watching videos.

Apple says the WiFi on iPad Air 2 is fast – more than twice as fast as the previous generation. It also supports 802.11ac wifi which is relatively new technology that offers more speed. More advanced LTE technology is introduced in WiFi + Cellular model. 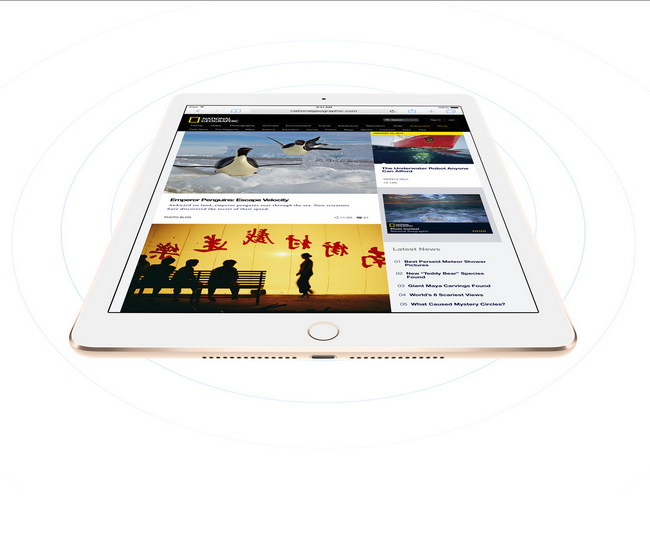 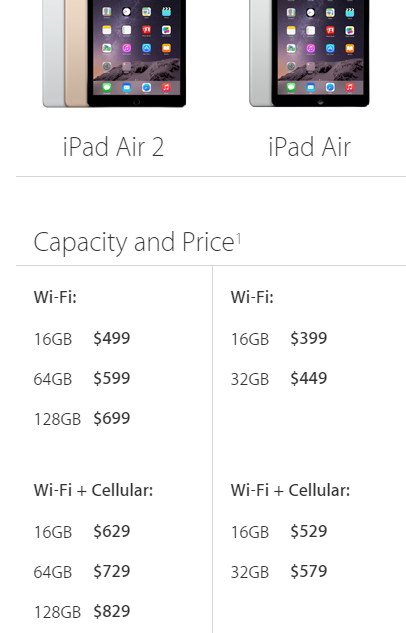 The new tablet will be available in silver, gray and gold colors. The preorders will start tomorrow, whereas they will begin shipping next week.