We all know Apple has announced iOS 12 for the compatible devices at WWDC 2018 with many new features, enhancements, security improvements, new apps and updates for the existing apps. The beta version of iOS 12 is already available for the developers through the Apple Developer Program. The first public beta will be released soon.

Before going into the details of how to directly download the iOS 12 on your supported iPhone, it is important to clarify what is Public beta and what is developer beta of this software.

The developer beta version is available for only those users who have subscribed to the Developer Program which costs $99/year. If you don’t have the membership, you are not authorized to install the developer version on any of your devices. The main purpose of this release is to let the developers test their applications and games before the final release and let them find bugs, improvements, and other possible enhancements. The developer beta is usually more buggy and unstable than the public beta. 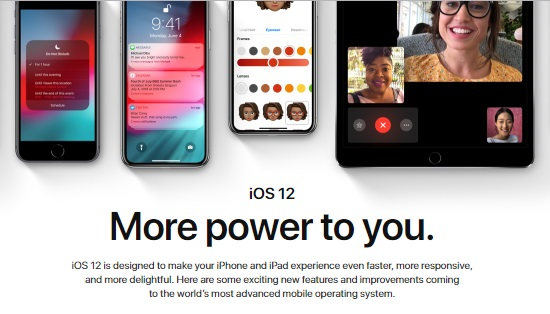 The public beta, on the other hand, is free of cost and anyone can get the membership. It is a fairly stable version with very few bugs and it is usually compatible with the majority of the applications present in the App Store.

At first, Apple releases the developers beta and after testing for a few days, the public beta is released. As we all know iOS 12 was announced recently, so there is no public beta or final version available for common users yet. But if you want to test it right now, there are two methods to get it on your device.

The first method requires to be a member of the Apple Developer Program. In case you don’t want to spend a penny right now, you can go for the second method which is free for everyone.

Before diving into the installation process, please check whether your device is compatible with the recently announced iOS 12:

How to Get iOS 12 Beta Using the Apple Developer Program:

Step 1: First of all enroll yourself in Apple Developer program https://developer.apple.com/programs/ which costs you about $99 a year as we have told you above. If you are already registered, skip this step and go to step 2. 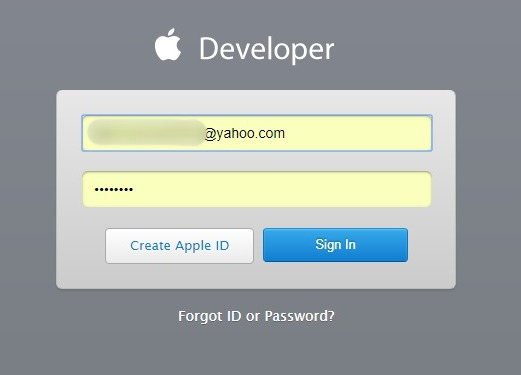 Step 3: If you have already registered your device with Apple servers, simply go to https://developer.apple.com/download/ section to download the restore images.

In case your device is not registered before, you are required to enter the UDID of your device under the Certificates, Identifiers & Profiles option of Main Account section.

You can get UDID of your device after plugging in your device with PC using USB cable, firing up iTunes and clicking on Serial Number of iPhone.

There is also another method by which you can upgrade iPhone to iOS 12 beta without a developer account. You don’t need to first download the restore image on PC and then update your iPhone using iTunes. In that method, you can directly install iOS 12 on your iPhone X, iPhone 8, iPhone 7, iPhone 6, or iPhone 5S.

Simply enter the download link provided in step 3 in the address bar of iPhone Safari App. When you click on the actual software download link, you’ll be asked to install the Configuration file first in order to initiate the process. Go ahead, download Configuration File, restart your iPhone and then go to the Settings > General > Software and there you find the latest iOS 12.

It is to be noted that these two procedures require the Apple Developer Program subscription. However, there is one more way of installing iOS 12 on iPhone which is fairly simple and doesn’t require any type of registration.

Step 1: Launch Safari browser on the iPhone device which you want to upgrade to iOS 12 without a developer account.

Step 2: Enter this address ufile.io/ntrih in the address bar. 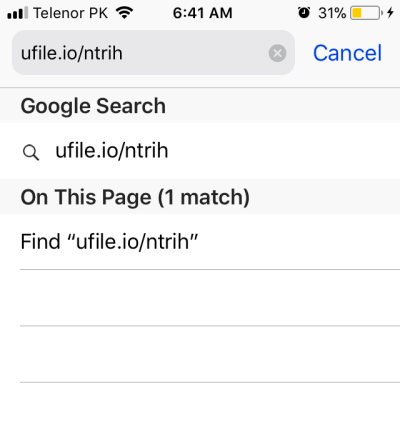 Step 3: Wait and let the page open. Scroll down a little bit and find the download link.

This website is trying to open Settings to show you a confguration profile. Do you wna to allow this? 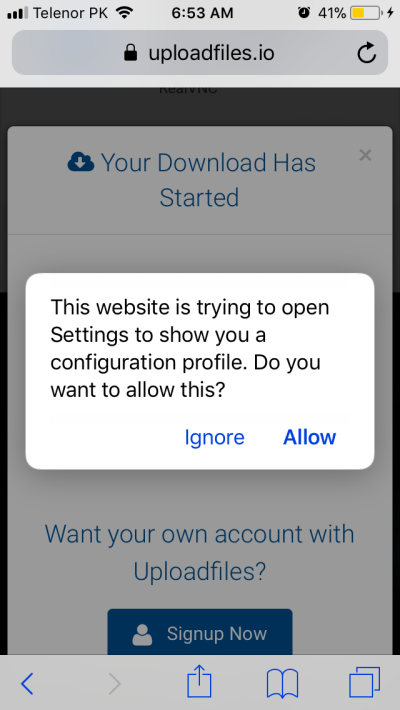 Step 5: Now install the profile file by clicking on the Install button at the top right corner. 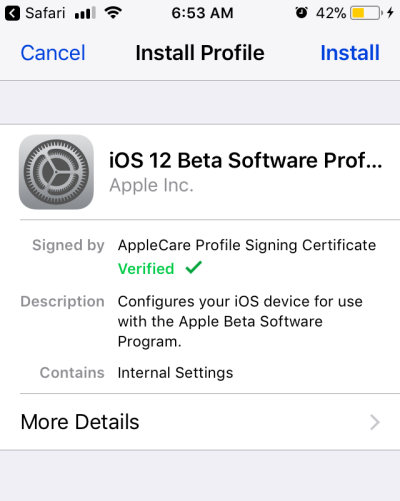 Step 6: The device will restart. When it comes back to life again, go to Settings > General > Software Update. There you’ll see the latest iOS 12 Update on the screen.

If you are concerned about how much space is required to install iOS 12 on iPhone, it is to tell you that it needs at least 3.67 GB free space to be downloaded. If you don’t have enough space, free up some space after offloading some apps, uploading the photos and videos to the cloud or deleting the unnecessary data from your device. 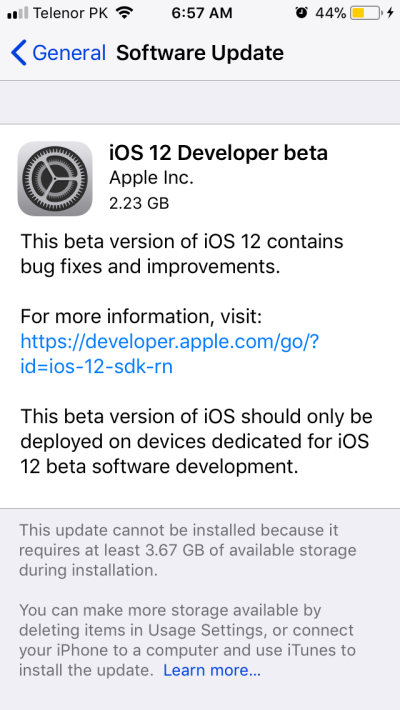 Once the update has been downloaded, the device will reboot to finish the installation process.

You have now successfully installed iOS 12 beta on iPhone. It is to be reminded again that this software is still in early testing and some apps or few functions of the apps may not work properly on your device.