Google has just released Android 3.0 (Honeycomb) SDK mainly for developers. But if you are not developer, you can also give it a test run to check what new is coming in this tablet-centric version.

The main purpose of Android 3.0 preview release is to provide developers with a chance to get to grips with the non-final APIs and allow them to test their applications for tablet devices. 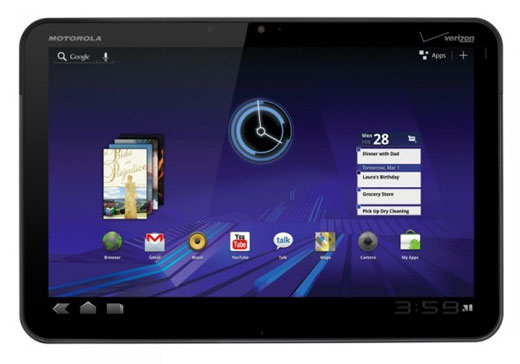 Important new changes in HoneyComb 3.0 are:

Support for multicore processor architectures: Android 3.0 is optimized to run on either single- or dual-core processors, so that applications run with the best possible performance.

If you want to download Honeycomb preview SDK and check the new features yourself, head over to Preview SDK Instructions page for more details.

Some screenshots of Honeycomb UI: 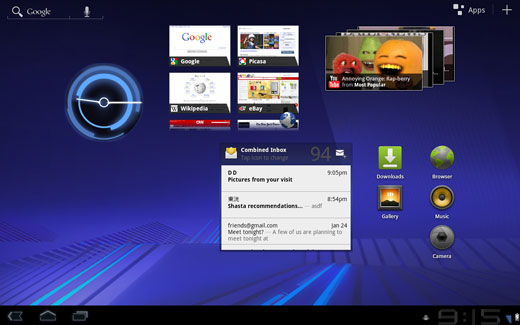 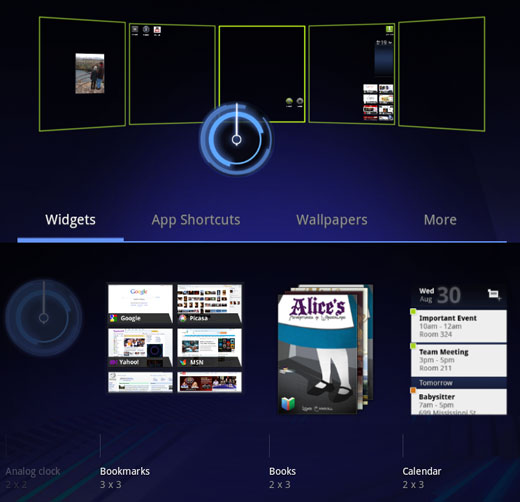