There is no doubt that Google is working on Android’s Ice Cream Sandwich version which will be released in October or November, as Google’s Eric Schmidt revealed the secret in an interview just few days back.

However, it is still unclear which version number will be added after the name “Android” this time but according to rumors Android 2.4 will be released for Smartphones while Android 4.0 will be rolled out for tablets. It is to be noted, esp for those who are not following the updates, that Ice Cream Sandwich the internal codename of next Android version.

There are not official screenshots available for Android 2.4/Android 4.0 yet, but SydicateApps has just released an app for android phones, with the name of Ice Cream Sandwich Launcher 2.4, that clones some features of upcoming android version.

We built this launcher based off the leaked screen shots of 2.4. But unfortunately there is not enough information or leaks about ICS, so you may find the launcher incomplete or empty! BUT dont worry, as more info and screenshots come out we will update the launcher to make it feel more like the real ICS. But intill then, this is maybe as close as you will get! 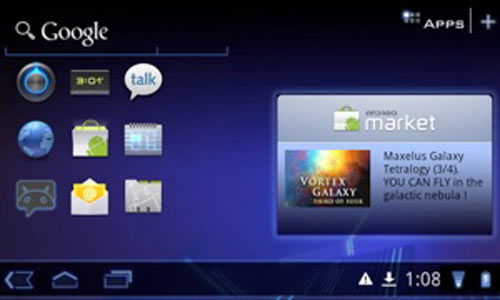