As Sunday is coming closer, we have more and more information regarding the untethered iOS 6.1 jailbreak. Evad3rs Team, which is working on this jailbreak has finally announced the name of their jailbreak. The official name is Evasi0n. 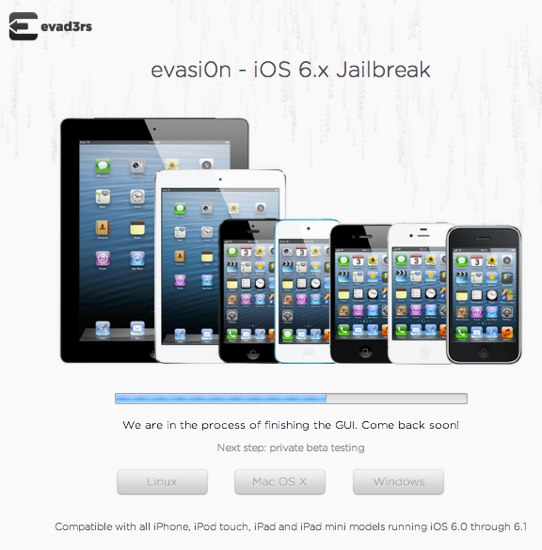 How Will IT Work?

The next big question is how it will work. What will required to use it and how much time will take to jailbreak any device? These and other such questions are also answered directly or indirectly on the website.

Evasi0n iOS 6.1 / iOS 6 untethered jailbreak won’t take more than 5 minutes. A computer, USB cable and iPhone/iPad or iPod Touch running on iOS 6 or above will be the requirements. So, it is also clear now that the jailbreak software will work just like greenpois0n. All you’ll have to do is to download it on your local PC, unzip it, run and press the “Jailbreak” button. Within 5 minutes your device will be jailbroken.

Once it is released, we will post the step by step jailbreak method for it. So, please coming back for the latest updates.