Facebook has finally unveiled the new app called Paper which is available in the US App store right now for download. The stores of other counties are still waiting for the app but hopefully within next week the app will be rolled to other regions as well.

The first impression of the app is very good. The design is elegant and stories look beautiful. It provides a clutter free environment to the Facebook users to read the stories shared by others. The headlines and header images look impressive.

There are also some impressive features bundled with it. When you tilt the screen of iPhone, you can see the photos in high resolution to explore every corner of them. Video playing is also awesome. When you play any video, it fills the entire screen of your iPhone providing you clutter free watching experience.

You can also share your own stories with your friends within this app. It also allows you to have a close look on the story before you make it public so that you can give it the final touch, pruning and final edit.

As Facebook is a big name in social media world, so definitely their app will also get an early boost. But some analysts say that it won’t get much appreciation as Flipboard has got. They say Flipboard would be still the number one application under this category.

There is also a little confusion due to the name of the App. FiftyThree Inc. has already got a drawing app in the App Store having the same name “Paper”. On their blog post they have even accused Facebook stealing of their app’s name. 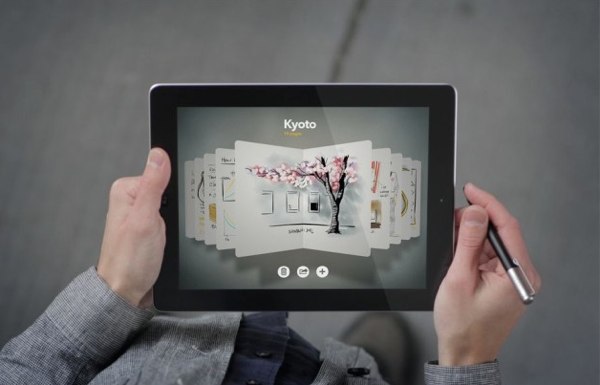 There’s a simple fix here. We think Facebook can apply the same degree of thought they put into the app into building a brand name of their own. An app about stories shouldn’t start with someone else’s story. Facebook should stop using our brand name.

On the other hand Facebook has declined to change the name of App. Instead of saying sorry, they wrote to FiftyThree that they should have let FiftyThree know about their plans earlier.