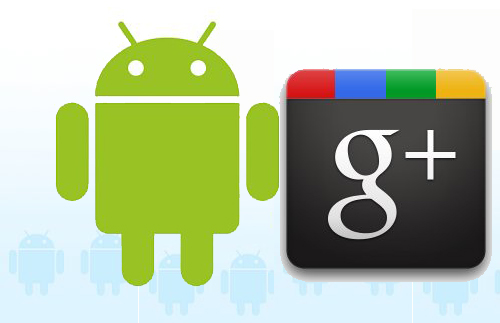 Huddle is renamed as Messenger on Google+ app, which allows you to chat and now share photos with your friends. 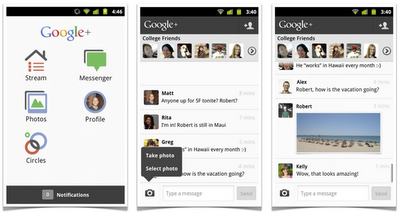 Hangoust feature, which was only available for desktop browsers till now, is also available in this new version. However, only those users can enjoy hangouts who have android phones running on Android 2.3 or above and having a front facing camera. 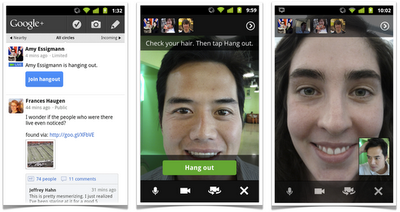 You can download this app now directly through this link (Android Market). Google has  mentioned on its blog that Google+ app for iOS, having these new features, is also around the corner.