We have got another good news for those who are anxiously waiting for iOS 9 release. Though Apple has already told us that the final and public build would be released in the coming fall, the public beta is now available for download.

Update: The first public beta of iOS 13 is out now for the general users. Similarly, the iPadOS 13 is also released for iPad users. The full and final release is coming this fall. Learn here how to install iOS 13 and iPadOS 13 on your supported devices using this step by step guide.

There is a big difference between public build and public beta. The Public build of iOS or any software means that it is now ready to be rolled out for supported devices. It is made available for the general public either through an online website or an updater. Whereas the public beta is an entirely different thing. It is issued to only those users who want to enjoy the new features and also want to help Apple by sending them the feedback and any bug report using the built-in assistant. It can be installed on the pre-registered device only after following few specific steps which are mentioned below. 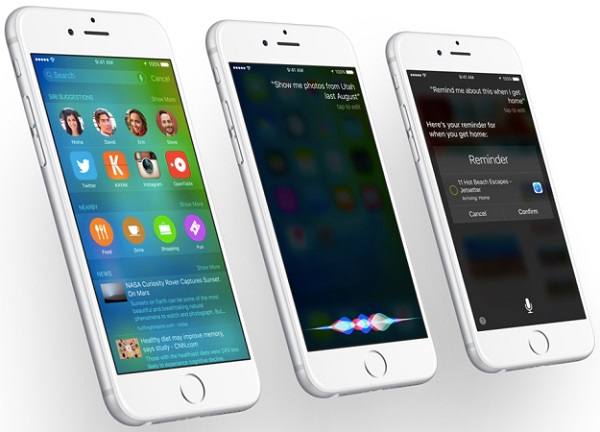 iOS 9 public beta 1 is available for those iPhone and iPad users who have already signed up for the Public beta program. If you didn’t apply for any such program in the near past, you could sign up here. After successful signup, you’ll get an email alert whenever new public beta is released, along with the download and installation instructions. Right now the Apple servers are at full throttle and you may face difficulties in signing up or signing in due to the recent release of beta 1.

It is important to mention here that iOS 9 beta 3, which was released only one day ago, is similar to iOS 9 public beta, even having the same build number. If you have a developer account and already running iOS 9 beta 3, you don’t need to install this first beta on your device. There is no difference between these two firmware versions.

Step 1: Go to Apple beta program website and sign in with the registered Apple ID. If you never registered your ID, you can sign up right now and keep following the below steps. Click on the “Agree” button when present the agreement in order to download the iPSW file on your device. 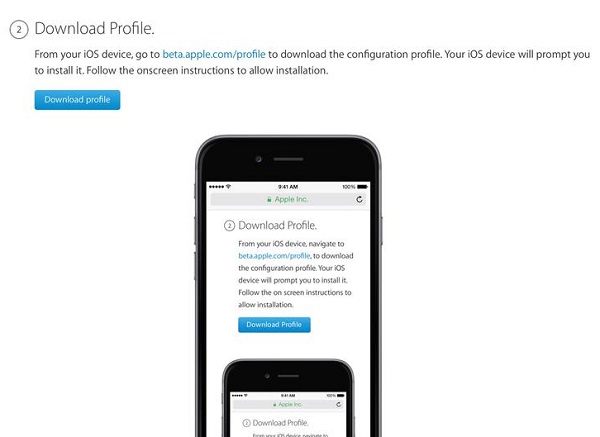 Step 3: After you have installed the profile, you may be asked to restart your phone. 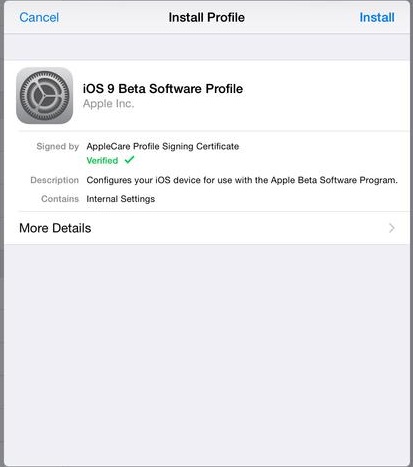 Step 4: Now go to Settings, General and Software Update. iOS 9 Beta 1 download will be ready there for further action.

It would be very unfair if we don’t tell you that this beta is still buggy and it may brick your device while performing the above-mentioned procedure. Moreover, you may also lose your important messages, files, pictures, and other content while upgrading from iOS 8 to iOS 9 or downgrading from iOS 9 to iOS 8 version. We recommend you install it on your test phone which is not used regularly. If you want to downgrade iOS 9 to iOS 8 (iOS 8.4), follow our this guide.