iOS 10.0.2 is now available for download for the supported iPad, iPhone, and iPod Touch models. This update includes mainly the bug fixes rather than any prominent new feature. Apple is rolling the new firmware for all supported models. If you don’t get the update, check back after few hours.

There is no doubt the hype for iOS 10 is fading now, but the Cupertino-based company, Apple, is still busy in correcting the bugs found in it. After getting feedback for about 10 days, Apple has finally pushed the first minor release to address some popular bugs found in the new operating system for iDevices. 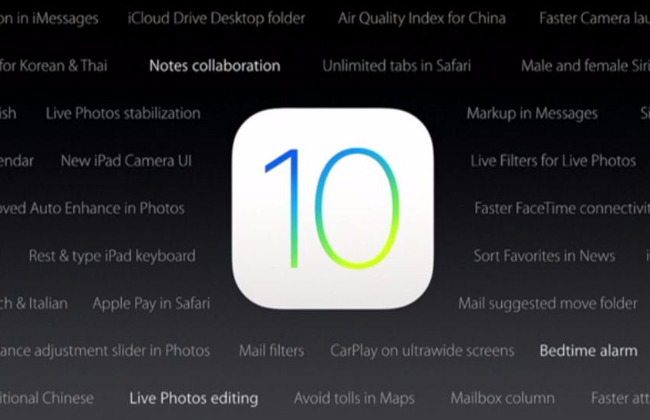 The newest release of iOS 10.0.2 brings the fixes for three major issues.

Many users, especially having iPhone 7 and iPhone 7 Plus, were reporting that audio controls were not working after connecting the Lightning headphones. They were unable to use play/pause, forward/backward controls whenever they tried to listen to the music using headphones. It has been resolved now.

The second major issue was crashing of Photos app for some users when turning on iCloud Photo Library.

Thirdly, the extensions for some app were not working properly.

As far as security content is concerned, there is no change with respect to iOS 10.0.1.

Other than these fixes, there is not a single new feature in the latest update.

If you have already updated your device to iOS 10.0.1, you can get this roll-out by using the built-in software updater. Go to Settings> General > Software to install it. The OTA update is about 90MB in size but it may vary depending upon the iPhone, iPad model. 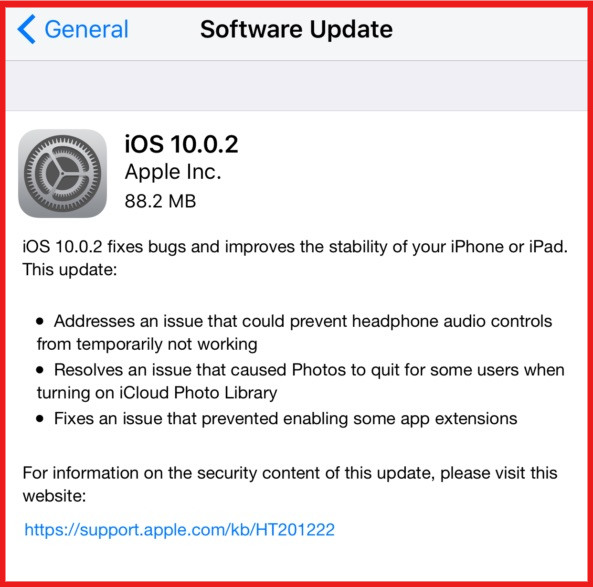 The devices which are still on iOS 9.3.5 or on any previous iOS version, but they are eligible for the update, they can either use the OTA route or use the iTunes method. We have already posted a step by step guide on “How to update your device to the latest iOS version“.

The users who want to go through iTunes route will need the iPSW files of iOS 10.0.2. Here are the direct download links for their devices.

Here are the direct download links of iOS 10.0.2 for iPhone.

iOS 10.0.2 for the one and the only supported iPod Touch 6th generation is here.