Apple released a new firmware iOS 4.0.1 for iphones only with a minor change in the formula to determine signal strength. No more changes are announced officially.This update has changed the size of signal bars to display on iphone. Now the first three bars look taller. Earlier many users reported that they are getting poor service after they upgraded to iOS 4.0.

On the other side iPad also gets new firmware 3.2.1. This update for ipad brings many improvements and bug fixes. If you have jailbroken your iPad with Spirit, don’t update to this firmware because new 3.2.1 version is not jailbreabale yet. 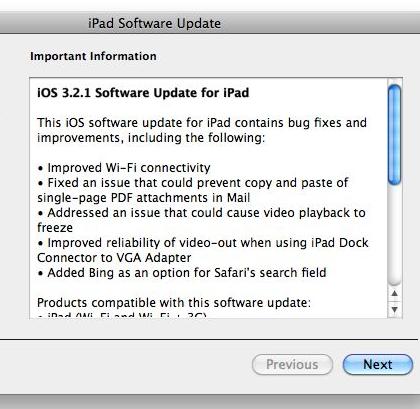 The important changes are: