iOS 4.3.2 has just been released and is available for download. You can update your iPhone 4, iPad 1 and iPad 2, iPhone 3GS, iPod Touch 3G and iPod Touch 4G to this latest release by hitting the update button on iTunes. However all those users who rely on unlock or want to retain the untethered jailbreak ability should wait until iPhone Dev Team gives a positive response. 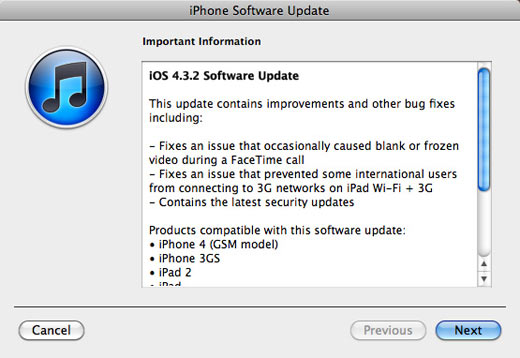