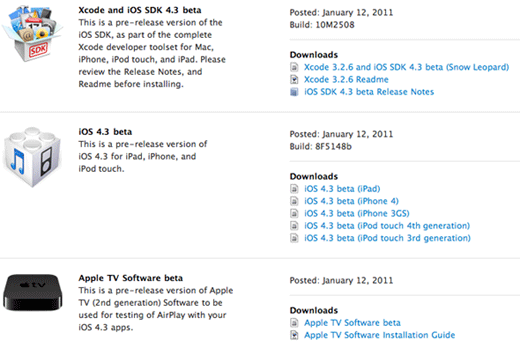 It is to be noted that this version also marks the end of support for iPhone 3G and iPod Touch 2G.

Only thos members who have enrolled themselves in the iPhone Developer or Standard Program can download this beta version for their devices.