As expected, today Apple released beta 2 version of its upcoming iOS 5 firmware for iPhone 4, iPhone 3GS, iPad 1 and 2, iPod Touch 3G and 4G. Along with iOS 5 beta 2, iTunes 10.5 beta is also released to support the said beta firmware and idevices. This new beta includes several improvements and bug fixes esp the fast battery drainage and crashing of software after reboot.

iOS 5 and iTunes 10.5 was announced earlier this month at WWDC 2011. iOS 5 beta is the next major release for iOS devices after iOS 4 while bringing tons of new features and enhancements. 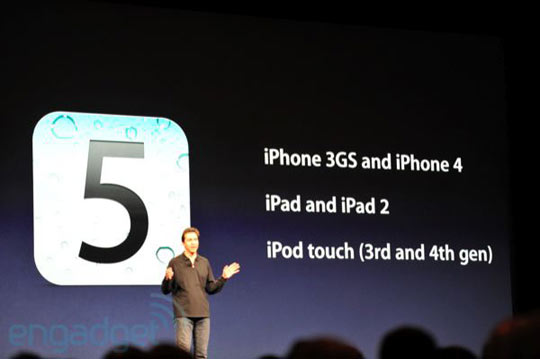 More than 200 new features were introduced during the conference including revamped notification system, Twitter integration, iMessagee, improved Mail and Safari, built-in set up to eliminate the need of PC and iTunes to activate your iPhone. Camera and Photos apps are also improved and a new app called Newsstand appears on your iDevice homescreen too.

As usual iOS 5 beta 2 and iTunes 10.5 beta 2 is available for developers only, meaning you are required to be registered member of Apple Developer Program to download these new updates. Getting Apple Developer Program membership doesn’t require any specialty. All you have to do is to pay Apple $99 to get your credentials for one year.

All those users who don’t have developer account, esp those who rely on unlocking, should not download and install the beta versions on their iDevices because their devices may become mere paperweights after the beta versions expire.