Apple has just released a new iOS 8 beta 5 version to the developers for iPhone, iPad and iPod Touch devices already running on previous iOS 8 beta version. Currently the update is available through Over-The-Air updater, but soon the the registered users can also download the build 12A4345d of beta five through iOS Dev Portal.

Update 1: The final version of iOS 8 is now out. Get iOS 8 direct download links to install on iPhone, iPad and iPod Touch. 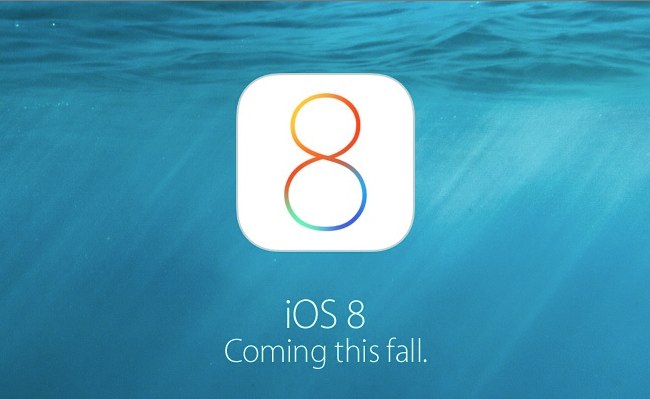 As you know iOS 8 was introduced during WorldWide Developers Conference 2014 about four months ago and we were told that the final build was to be released this fall. The sources close to the development have told us that this beta might be the last one, or the second-to-last before iOS 8 GM (golden master) release.

As far as the changes are concerned, it is included with several bug fixes and tweaks. We are currently in the process of updating our test iPhone device and will let you know the new changes once completed. If you find any new changes before us, please share with us through the comments section. There are reports that dock is retweaked but it is yet to be confirmed. 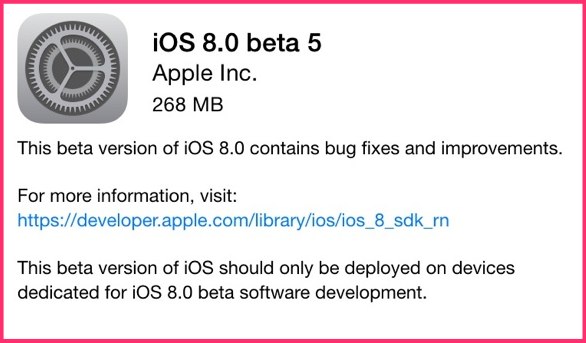 Currently we can install iOS 8 beta 5 on those devices which are registered with Apple’s testing servers. If you are a member of iOS dev program, you can also get registered your device to make it eligible for the beta installation. But in case you don’t want to get the membership, you can get registered the UDID of your iPhone, iPad or iPod Touch either by requesting a friend of yours or by using any third-party website which offers such service. There are many websites currently involved in this business.

As far as direct download links of iOS 8 beta 5 are concerned, these are only available, again, for registered developers. But there are also many sites which download the beta release from official portal and then upload it to some third party site. Google is your friend in this case. But we don’t recommend anyone to use any illegal way of installing the iOS 8 b5 on your iPhone.

If you are not a developers, you are advised to remain the current iOS version and wait for the public build so that you don’t lose any precious data while getting your hands dirty with the beta releases.