Apple has just released the seventh beta of its upcoming iOS 9.3 software for all supported devices. The beta 7 version is available for download on both Public testing portal and Apple’s Dev Center.

Note: Apple has released iOS 10 Beta 1. Here are the details.

I think Apple wants to get rid of any bugs found in it before the final iOS 9.3 download which is expected to happen at Apple’s media event next week. 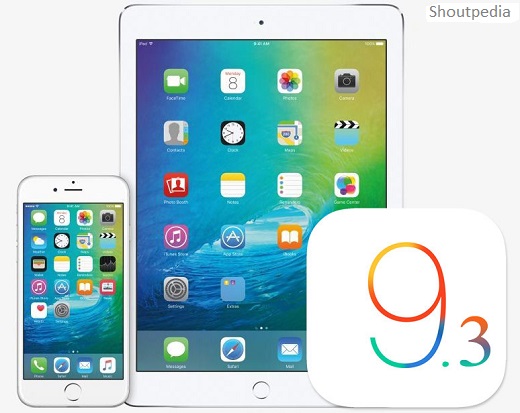 The company has already issued the invites for its next major event in which we can expect the new iOS 9.3, tv OS 9.2, OS X 10.11.4 and watchOS 2.2 in the software category. Along the hardware line of production, we are expecting to have a new 4-inch iPhone SE, several new bands of Apple Watch and a new variant of iPa Pro, most probably 9.7-inch in size. 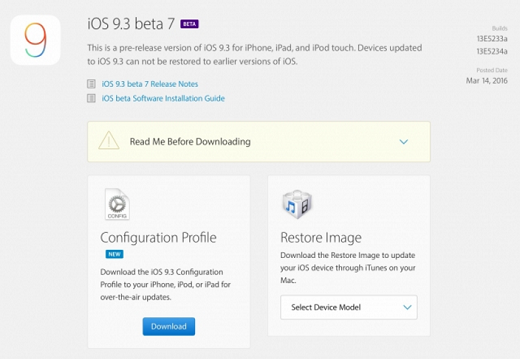 iOS 9.3 is a big and supplementary release for iOS 9. It contains a lot of new enhancements, improvements, and even new features. Some of them include:

Now the question is should we download and install this beta version on our devices or not. The simple answer is it all depends on your purpose. If you are a developer and want to test your applications on iOS 9.3, you should grab it and run it on your devices. However, if you are a common user, there is little reason to bother at this point in time as the final product is coming out in next week. 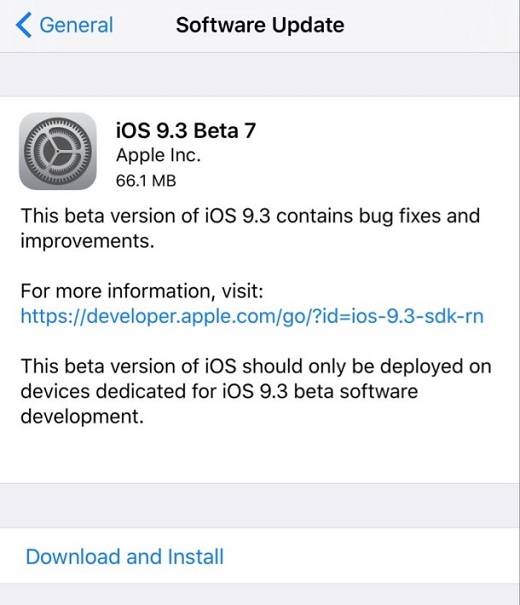 If you are first time installer of iOS 9.3, you’ll have to download it either from Apple Developer Portal or from Public Beta Program site. In case you are already running the previous beta of iOS 9.3, you are required to use the built-in Software Update feature which is rested under Settings.app > General.